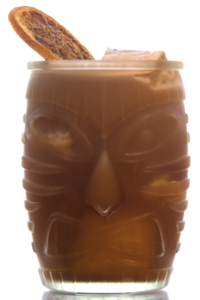 Keeping the non-rum-theme for another week during Tiki month, I am presenting to you the Palms cocktail using – Palms Arrak. What might seem like an uninspired cocktail name, actually is another one of my musical references. Apart from that, you also have to keep in mind, that we are not talking about a Batavia Arrak here, but an Arrak made from palm sap.

Arrak is supposed to be the oldest spirit in the world and invented around 500 BC. It serves as the grandfather of all modern spirits and Marco Polo discovered it in the 13th century. Natural palm sap is collected each day by Tappers who climb into the treetops and cut the palm blossoms. The Palms Arrak is distilled multiple times from the collected sap and aged for three years in oak casks. 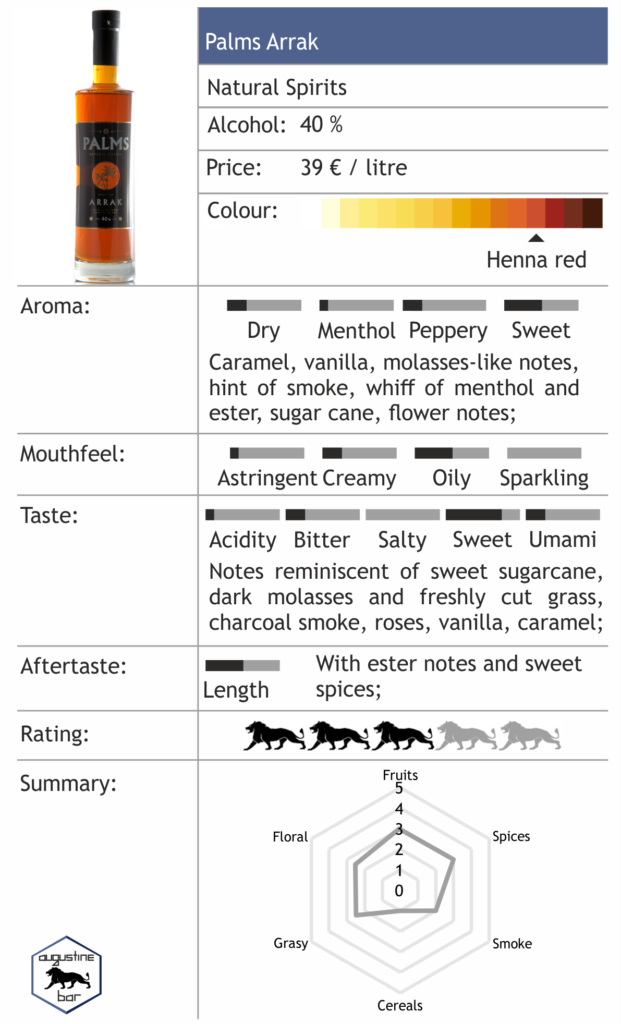 Of course, there are some notes reminiscent of rum. Especially, the dark molasses flavour of the Palms reminds me of an aged Demerara rum. On top of that, there also are some ester notes in combination with hints of flowers and a slight sweetness. Behind all of that, there lies a layer of light charcoal smoke. It is hard to described how the palm sap affects the taste, but you definitely notice a difference compared to rum and also to rice-based Arrak.

A Tiki drink with single malt

Who said that there cannot be Tiki cocktails using single malt? To be honest, this was not entirely my own idea, I had help from the Foodpairing website. As it turns out, single malt, apple juice, black tea and raspberries go well with Arrak. So this was what I combined in some fitting proportions. To give the drink a little more complexity, I also decided to use a mix of Island and Highland single malt. Of course, the drink will also make due with a younger Glenfarclas, but I just happened to have the 15-year-old on hand. 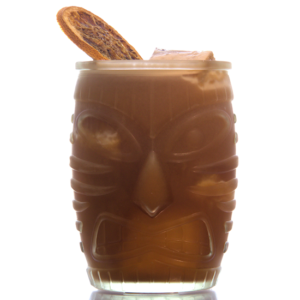 For a drink with 10 cl of high-proof spirits, the Palms is surprisingly smooth! It almost goes down too easy, so a bit of caution is advised. When it comes to flavour, the cocktail combines exotic rum-like aromas with familiar scotch whisky notes. On top of all of that, it comes with an interesting fluffy mouth feel.