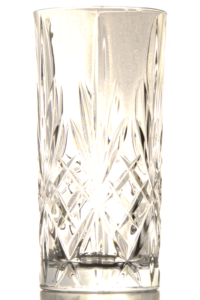 As I told you many times before, I am not a big fan of cocktail competitions. Of course, I know that it is a great way for bartenders to build a reputation and to get famous. That is why I also applaud those who win them, but I always figured myself as the crazy, experimenting kind of guy behind the bar and not on a stage. However, when my boss told me to take part in a competition I figured: “Why not? What’s the worst thing that could happen?” – It turned out that the worst was actually winning the damn thing!

First, I would like to tell you the straight facts and I am trying to keep my emotions out of it. Which is very hard for me, because I cannot help myself, but to feel humiliated by all of this. Still, I am trying my best and obviously I will not mention names – I am not that stupid! Initially, I was asked by my boss to create a recipe for the aforementioned competition which was organized by an agency for a Scottish distillery, or their German distributor. I am not quite sure on this one. Nevertheless, the competition as it turned out was strictly addressed to my boss, but he thought it would be a good idea to enter in it as a team. So, my boss, a colleague of mine and me each created recipes, wrote a story and took pictures of all of our creations. Before submitting our entries my boss called the agency to ask if it would be ok for us to entered as a team and they were okay with that. It was perfectly clear to all of us that only one would have the chance to win and to take part in a trip to Scotland together with a limited number of other bartenders from Germany.

After our submission a few weeks passed and one day I received an email informing me that I had won the trip to Scotland. You probably can imagine my surprise and the joy I felt when reading the mail. Then some more days went by and I received my plane ticket. All seemed well until this week: I got another email in which I was asked to work for the same distillery at a famous bar fair and present my creation. Obviously, I would have said yes right away, but there was the slight problem of me starting an internship at a big car company around the same time. So, I replied that I would be happy to oblige, but I may not be available during this period due to my internship.

Then everything made a turn for the worst

It took two days for another email to reach me, informing me that the organisers did not know that I was not working as a full-time bartender. That they had called my boss and that under these circumstances they had to cancel my trip and reverse my plain ticket. They told me, because of the limited number of participants only professional bartenders can attend the trip. As compensation they offered me an invitation to the same bar fair I should have been working at. – Now you might ask why am I telling you this? It is not so you can feel sorry for me, well maybe a little… I probably would not even have written this down, if it was not for the last email I received. Even if it might not have been their intent, it felt like they were casting the blame on my boss and me and this somehow pushed me over the edge.

No point at all

So, what is the point in writing this article? To tell you the truth, I cannot really answer that. Maybe, I want to start a discussion on what a “professional” bartender is, or why cocktails created by “none professional” bartenders are held in lower regard? All I know is, that somehow I have to get this disappointment of my chest and this seems like the best way to do just that. Again, I have to tell you that I am not doing this to get back at them, I just feel better telling you about this stuff instead of keeping it to myself. If you are just interested in the hard facts, you can probably stop reading here. The rest of the article will just consist of disordered questions that I am asking myself right now… 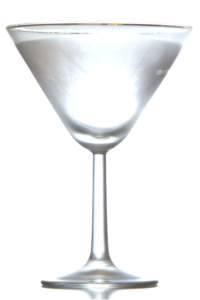 Why even accept my submission?

As mentioned, the last email, felt like an excuse and tried to shift the responsibility to us. They argued that the competition was an “invitational”. I have to admit that I never heard this exorbitantly beautiful word before and I will not even bother looking it up. I guess it means that it was an invitation for my boss to take part in this competition. Apart from that, they argued that they liked the idea of us participating as a team and therefore accepted our application. My recipe somehow pleased the jury most and they simply forgot to check my employment relationship. In my mind this line of argument is a contradiction in itself. If only my boss was intended to take part, why even accept my recipe, let alone elect it amongst the winners? Ok, they argue here that they made an exception, but this leads me to my next question:

Perhaps they did not intend to sound like the German custom authorities here, but nevertheless: I chose to be a bartender and this is all that should matter. What I do the rest of my time should be none of their concern! I am serious here: What if I am a “professional” bartender and I have enough money to afford only working twice a month? Would my application still be disregarded? Of course, I know that this is just an extreme and unrealistic example, but I am trying to show you, that it might get hard to draw a line between “real” bartenders and the ones that are not. I am not even mentioning the affront which in my eyes is going behind my back and calling my boss to ask for my status of employment. It feels like they would have thought I might lie when asking me directly.

What if I would have been a brand ambassador?

This question aims at the same point as the one mentioned above. If a bartender quits his job to become a brand ambassador, is he still a bartender? Some people might argue that he is in fact not a “real” bartender anymore. Again this is just to show you how difficult it is to tell what a “professional” bartender is. Certainly, I am not a brand ambassador and neither would a brand ambassador take place in a competition held by another brand. I know all that, but those are the questions that cross my mind right now. Hold on tight, because now we will get more personal: I do not really care if I go to Scotland or not. Chances are good that I will have a job later, which allows me to visit most places I would like to see anyway. However, what feels like a downgrading of my personal status as a bartender is simply put just humiliating!

Why did my recipe win in the first place?

Why is a recipe from a none professional bartender worthless?

This is the logical consequence of the two caste system mentioned above. Obviously, they told me that the cancelling of my trip has nothing to do with my qualifications or my dedication. Well, saying something does not necessarily make it so, or even if it did, I do not feel this way. What did they expect? That I simply accept this and move on as nothing ever happened? The situation somehow reminds me of Tony Soprano from the Soprano television series, who almost explodes every time he sees fake politeness, like “Please ‘bear’ with us, this elevator is out of service!” or “We are sorry, no free line is available at the moment!”. Fine, I got a bit carried away here, but before this gets any worse let me jump to my personal conclusion from all of this! 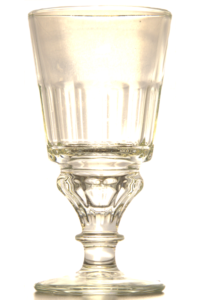 In all of this, I want to make one thing perfectly clear: Between all the disappointment and maybe repressed anger, I at no point want to belittle real professional bartenders, who are doing this job five days a week. I carry you in the highest regards and a lot of you are my absolute role models and always will be! Yet, this is just not the path I have chosen for me. It is not that working full-time behind the bar is too exhausting, or that there is not enough money in it for me, but I also have other interests. For example, since I was a little boy I dreamt about designing cars and I will just never give up this dream, no matter how good the cocktail may be! This is why I knew that a certain point there will be a break with being a bartender. I just did not expect it to be now. To tell you the truth, for a while now being behind the bar felt different. Things had changed and some of the initial magic was gone. Therefore, I cannot see myself stepping back behind the bar after the end of my internship. A thing I definitely had plant to do, but this whole mess was the proverbial straw that breaks the camel’s back.

Apart from all of that, one last question pierces my mind: How can “unprofessional” bartenders ever become professionals, if they have to fight limitations and obstacles like this? Sure, there are enough people who bridged the gap, but in my opinion the number could be much higher, if certain people just would put aside their misguided proud!