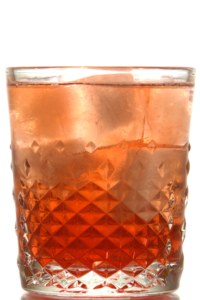 Keeping the topic of Negroni style drinks for another week, we are looking at a slightly altered Boulevardier recipe. Ok, basically I changed every ingredient except the bourbon. However, since the Negroni Sbagliato is a legit cousin of the Negroni, I thought I could extrapolate its principle onto the Boulevardier. Of course, I am not the first one who came up with this idea, but I think my variation has more in common with the original idea of carbonating the original cocktail.

First, some facts about the bourbon I used in this drink: The Baker’s 7 Years Bourbon is the sometimes overlooked little brother of the Booker’s Bourbon. It is also part of Beam Suntory’s Small Batch Collection. The difference with the Baker’s Bourbon supposedly is its lower level of distillation and ageing in small batches. Like the other bottlings in the Small Batch Collection the barrels for the Baker’s Bourbon come from the centre racks of the warehouses. Additionally, some sources state the that the mash bill for this bourbon consists of 77 % corn, 13 % rye, 10 % malted barley. 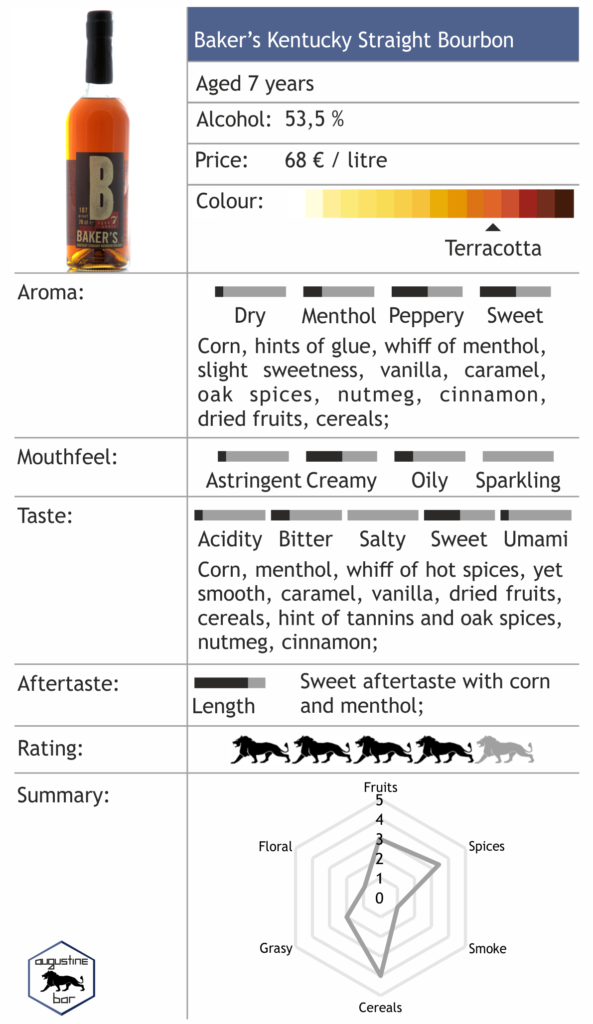 Compared to the Booker’s Bourbon, the Baker’s is a slightly softened version of the same style of whiskey. There are typical bourbon notes, like a noticeable hint of glue and a strong corn as well as cereal flavour. On top of that, you can find cinnamon and dried fruits, which are accompanied by menthol and hot spices. All in all, I like the Baker’s very much, it is the idea bourbon to familiarize people with higher proof American whiskies. On top of that, it still has most of the power of the Booker’s without most of its sting.

Boulevardier with a splash

If you hand me a bitter aperitivo, my first instinct is to mix a Negroni with it. This is why I decided to do exactly this with the Luxardo Bitter. In the end, the resulting drink consists of Baker’s Bourbon, Luxardo Bitter and sparkling wine. Of course, you can also use a high-quality prosecco, champagne or even cava in this recipe. 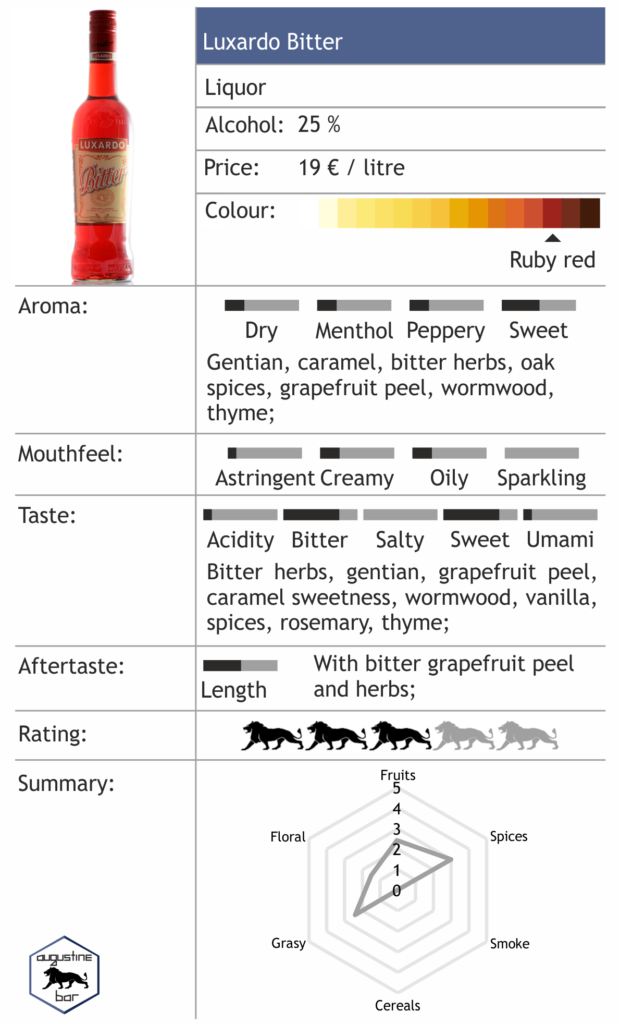 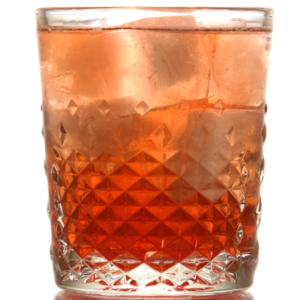 Certainly, this drink tastes not like classic Negroni or Boulevardier cocktail. Nevertheless, there are certain familiar elements in the aroma and flavour of the drink. For instance, there is a similar bitterness which goes very well with the American whiskey notes of the bourbon. The sparkling wine gives the whole drink a slightly refreshing element and keeps it from being too spirit forward. In conclusion, you might call the Boulevardier Sbagliato the middle ground between a Boulevardier and the Negroni Sbagliato.