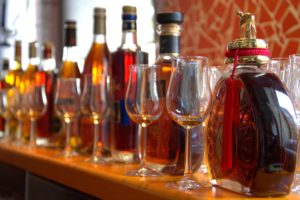 One of the many items on the agenda of the C&D forum meeting was a cognac seminar held by B.N.I.C. educator Julia Nourney. By sampling twelve different cognacs in three flights we had your work cut out for us and here are my promised tasting notes.


The seminar started with Julia Nourney giving us an overview of all the important facts on cognac. She told us which grapes are allowed to use, how cognac in general is produced and in which barrels it is aged. Two things that stuck with me were that cognac is probably the most regulated sprit, with rules for nearly everything and that most cognac producers age their eau de vies significantly longer as the required period. Moreover, the reason for cognac being not so popular in the past was that the dilution of the cask strength eau de vie was done too rapidly. Those cognacs of the 70s and 80s developed are very floral, almost soap like flavor. Nowadays it takes some houses up to five years to water their assemblage down.

After the introduction we started with the first flight that contained four V.S cognacs. To call itself V.S the eau de vies that the assemblage contains have to be at least two years old, but as mentioned above all of the tasted cognacs were older. 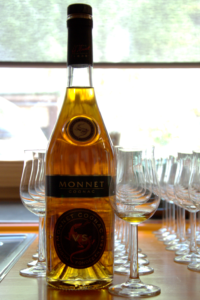 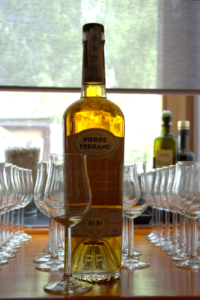 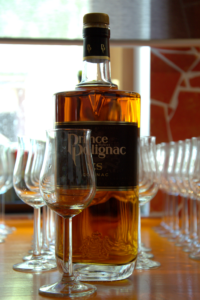 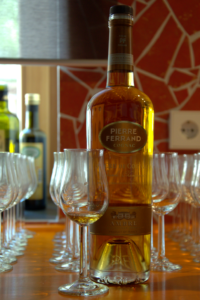 Of the four V.S qualities the Pierre Ferrand Ambre was my favorite. It is unbelievable complex, while still remaining balanced and smooth. I didn’t really enjoy the other three cognacs, even though I own the Pierre Ferrand 1840 myself. However, it makes a fairly decent Sazerac.

The next flight contained three different V.S.O.P cognacs. One of them was a B.N.I.C. benchmark cognac. That means that you can’t buy it, it is only made to show how a good quality V.S.O.P cognac should taste like. However, no need to be disappointed as our cognac educator told us this own might have been watered down too quickly. That means that most V.S.O.P. cognacs you actually can buy taste better than this. 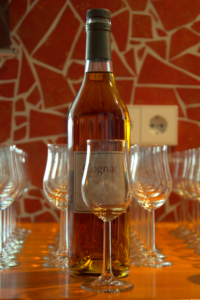 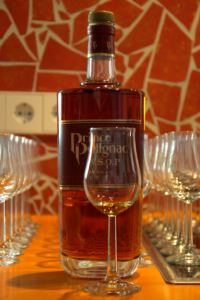 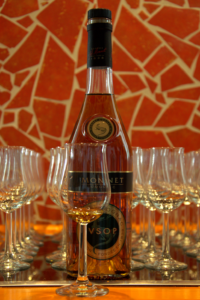 All three V.S.O.P cognacs failed to convince me. The one I was most disappointed by was the Prince Polignac. I had read that it is great value for money, but even at that price I can’t recommend it. Nevertheless, the tasting continued with the next flight of five X.O cognacs and again we sample a B.N.I.C benchmark cognac. 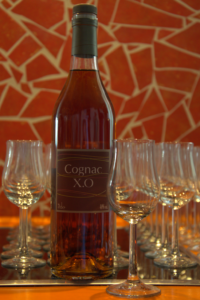 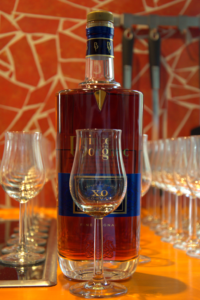 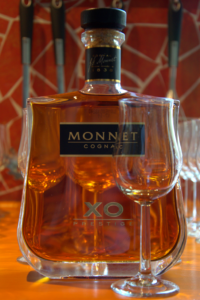 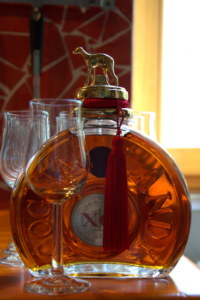 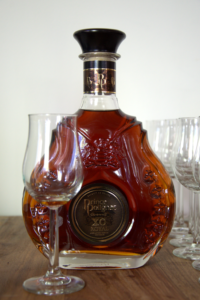 My favorite of the top shelf cognacs was the Monnet X.O, despite the slight alcoholic burn it had the complexity, the others lacked. It probably would have made a great Sazerac, but I didn’t get around to test it. The Prince Polignac X.O. Royal wasn’t bad either, but again I had higher expectations and they weren’t fulfilled. The Landy X.O was the smoothest of them all and the best to drink neat, which makes it the perfect gift for your father-in-law. Finally I can just thank our seminar host Julia and our organizer Oli for a great afternoon!