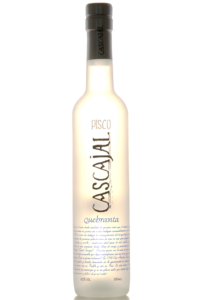 Although there are not many spirits missing in my home-bar, I have to admit that until now I didn’t have a Pisco at hand. But luckily I just won a bottle of Cascajal Pisco Quebranta, and of course I want to let you know if it is any good…


For those of you who don’t know what Pisco is, let me explain real quick: It’s distilled from grapes like a brandy, but it is not aged in wood after that. There are two countries that claim Pisco is “their” national spirit, Peru and Chile. Contrary to Peru, it is allowed to age Pisco in barrels in Chile. In my opinion both countries produce good Piscos, but I find myself more drawn to the Peruvian ones.

The Quebranta grape is one of only eight grape varieties that are allowed to be used for Peruvian Pisco. It’s considered as a “pure” grape variety and not “aromatic” like the other grape varieties Italia and Torontel for instance. That being said let’s move on to the taste of the Cascajal Pisco Quebranta.

Of course this is a blog based on cocktails and to be honest I didn’t really enjoy the Pisco neat, but who drinks Pisco straight anyway. I think everybody slightly interested in cocktail knows what to do with it. Right, so let’s make a Pisco Sour, Peru’s (or Chile’s) national drink! 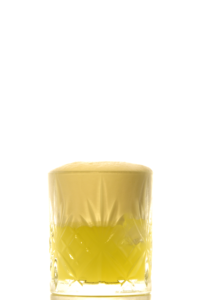 The Cascajal Pisco makes a very good and well balanced Pisco sour. It has more wine aroma than the Piscos I am used to, but it fits the sour very well. The second drink in the test was created by my boss and it’s called “die Nackte Jungfer” which translates to something like: “the naked virgin”. Don’t ask me why it’s called that, I’m   afraid to ask… (Just kidding) 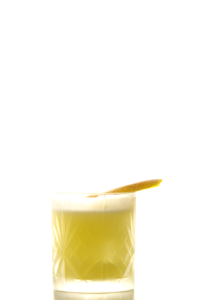 Contrary to the Pisco sour I don’t prefer the Cascajal in this drink. The wine like taste contradicts the fruity and sweet notes of the elderflower liqueur. The Vina de Oros Italia Pisco works here much better. 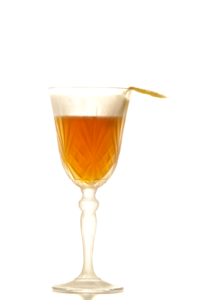 This Bijou Variation is a quite potent drink. From the first sip on the Chartreuse clearly dominates the cocktail, but the Pisco manages it to not be completely lost. It is present in the aftertaste and goes along very well with the vermouth. I probably will make an excellent El Presidente variation.

The Cascajal Pisco reaches a good score when being mixed. I liked the Pisco especially in the Pisco sour and this probably will be its main field of application. Also I reckon that it would make a good Pisco Punch, the other famous Pisco cocktail, but since I had no pineapple gomme syrup on hand I couldn’t test this.

Overall the Cascajal Pisco reaches a 3,1 on the five level ranking system. The lower overall score is up to the moderate neat tasting score. However, as I mentioned before most people will mix cocktails with Pisco. I really enjoyed the Cascajal Pisco and will probably use it to make many more Pisco sours. If you want to try the Cascajal Pisco Quebranta yourself, there is just one small drawback: the price. With 49,8 € per Liter (67,3 $/Liter) it is anything other than cheap. Nevertheless, if you do want to spend that kind of money, I bet you won’t be disappointed.

Thanks to Eye For Spirits and Inka House for providing me with the opportunity to test the Cascajal Pisco Quebranta.