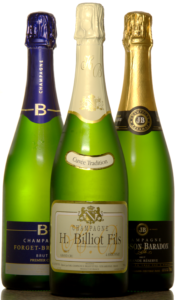 After the champagne tasting at the C&D forum meeting I thought I had enough of champagne for a while. Well, I was wrong. And because of that I will provide you with a comparison of three reasonably priced champagnes.

It took just shy of a month for me to crave a glass of champagne again. Though, I know that there are good cremants out there which will also make excellent drinks I really don’t see a reason not to do a small champagne comparison. That’s why I selected three champagnes with some help from a champagne expert that cost less than your average supermarket bottle while delivering much more.

The three contenders were the Janisson-Baradon Brut Sélection, the Forget-Brimont Premier Cru Brut and the the H. Billot Grand Cru Brut Tradition. While the Janisson-Baradon and the H. Billot were provided by Noblewine I included the Forget-Brimont, because since I discovered it on the Milk & Honey menu it has been my personal favorite. On the one hand it doesn’t have an extreme or overly complex flavor, but on the other hand, it delivers everything I expect from a good bottle of champagne: It’s acidity is well balanced and it has yellow fruit flavors with underlyng yeast notes. Perhaps you think that I’m a bit biased when it comes to the Forget-Brimont and you are probably right, but I am trying my best to be fair in this review.

As with the reviews and tastings before the champagnes were sampled on their own first, before I mixed up three cocktails to see how the different champagnes would hold up in them. I selected a classic Champagne cocktail, the French 75, a new classic the Old-Cuban and a not well known one, the Nachtvogel. The Nachtvogel was created by Markus Blattner. 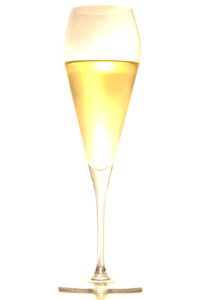 *On a chart from 0 – 5, with five marking the absolute best

After this initial tasting of the champagne on its own, let’s get to the cocktails. The first one is probably the most famous champagne cocktail, besides, well the Champagne Cocktail. The French 75 was named after a canon in the First World War and some recipes call for cognac. However, the original drink was prepared with gin rather than cognac and that’s why I kept it that way. 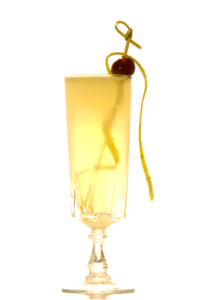 The second drink the Nachtvogel which translates to nocturnal bird by the way is a modern and probably unknown drink from Swiss bartender Markus Blattner. He created this drink at the Widder Bar in Zurich. I finally got around to try this combination of scotch and champagne which on first sight sounds a bit off. But, let me tell you this: it’s quite worth a try! 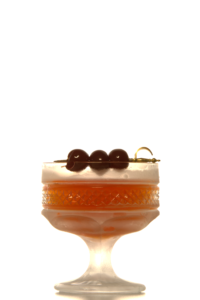 The last drink is, or should I say was, my favorite champagne cocktail: It was created by Audrey Saunders and is quite similar to a Mojito, but yet distinctively different. The drink uses aged rum and Angostura Bitters instead of unaged white rum. 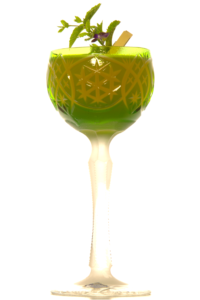 It’s a bit surprising how big the differences were. I knew that there would be a noticable difference between the different Champagnes, but each one pushed the style of the cocktail in a different direction. Well, if you are just reading my tasting notes you probably can’t comprehend that sensation. So I will try to explain it in a few words:

The first drink the French 75 needs a perfect balance between sweet and sour, and while I tasted the sweet and sour mix before adding the gin the little bit of sweetness of the champagne, or the lack of it, was enough to shift the balance of the drink. With the Forget-Brimont the drink ended up beeing too sweet and with the Janisson-Baradon it was a bit too tart. However, with the Henri Billiot the drink turned out to be perfect.

That being said, this is just my definition of “perfect”, someone who likes their drinks a little bit sweeter or more tart might have a different idea about what perfect should taste like. Although my guests seemed to agree with me on this one, so I might be not that wrong at all.

I could now ramble on describing each drink the way I did with the French 75, but I don’t want to bore you with the details. In a nutshell the story is the same with the Old Cuban where you add sweetness or acidity to an already balanced sweet and sour mix. The Henri Billiot delivers the best result here as well, whereas with the Nachtvogel the story is a bit different. This drink doesn’t have a sweet and sour base. Only the champagne brings acidity to the mix, which explains why the champagne containing the most acidity makes the best cocktail here.

* On a chart from 0 – 5, with five marking the absolute best

When considering the score while tasting the champagne on its own the Forget-Brimont takes the second place. That’s because with its relatively high dosage it’s a pleaser and more people will like it. The Janisson-Baradon Grand Reserve in contrast with its dominant acidity will catch on with champagne aficionados, while people with less experience will probably dislike it. The H. Billiot manages to deliver the best of both worlds. It’s very good for simply sipping it on its own which probably most people will do, but it also makes excellent drinks.

In the end all that is left for me to say is a big thank you to Noblewine for supporting this review!