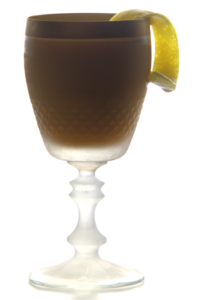 Today I want to present a rather extraordinary rum to you, the N. Kröger Platinum. If you are very strict about what unaged rum is, it is not a real rum! Or, maybe in a time where it seems to be ok to add flavours and sweeteners to rum, it at least is a honest one. However, it would be unfair to compare Nicolas’s rum with those secretive bottlings. Instead, let us call his approach a new one! If you now are wondering what the heck I am talking about, read on to find out what makes the Platinum Rum special!

I in particular, should not criticise Nicolas for adding high quality spirits to his blend of different rums, because if you know me a bit, you know that I love everything concerning eau de vies! I am not joking here: Just add an eau de vie to a Rum & Coke and I will tell you it is the best drink in the world! For his bottling Nicolas chose a blend of rum from Barbados, Jamaica, Panama and Trinidad. However, instead of just aging the Cuvée in casks and filtering the rum afterwards, he decided to distil cacao beans as well as plums to add to the blend. Nicolas also had a little help from the reknown Marder distillery here. Before mixing the different spirits and bottling the rum, Nicolas lets the eau de vies rest in barrels for a while. Overall the amount of eau de vie used in the blend is 4 %.

I guess Nicolas really achieved his goal with the Platinum Rum! The rum shows typical molasses characteristics along with a certain fruit ester component, yet there is more lingering in the back. If you concentrate a little bit you will notice white chocolate and cacao notes along with a dried fruit component. Of course, the rum is not as complex as an aged version or an aged, but then filtered white rum. However, I very much applaud its honest character, it is clearly stated what the Cuvée is and that is also exactly what you get! For me the N. Kröger Platinum Rum is a great mixing rum which should work best in all sorts of classic and modern cocktails calling for white rum.

Not really a Mulata Daiquiri…

My initial impulse was to pair Nicolas’s rum with crème de cacao, but first I already featured a chocolate flavoured cocktail last week and moreover the combination just was too obvious. So, I went for something which also works perfectly with cacao and rum for that matter: Coffee! For a basic structure of the cocktail I chose a classic Daiquiri / Rum Sour base. Yet, instead of just using lime juice I also added some lemon juice and a healthy dash of plum bitters. It also took me a while to find a suitable name for the drink, but with the help of a friend I ended up at a song from Poliça. Moreover, the song also gave me the idea to spray some lime eau de vie on top of the drink, just to add a little bit more complexity. 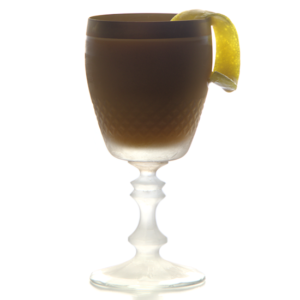 Pretty much a Mulata Daiquiri!

Apart from a slightly perfumed aroma from the lime eau de vie the first impression of the “Lime Habit” is that of a Mulata Daiquiri. However, because of the use of “white” rum and espresso instead of dark rum and coffee liqueur the drink is more refreshing and also a little more refined. Apart from the coffee flavour, you will sense delicate cacao and dried fruit notes in combination with a nice mix of lime and lemon notes. This means, that the rum is able to stand up against the bold flavours of the espresso and its slight eau de vie notes are still noticeable when being mixed. In the end, I only can say that for this price the Nicolas’s rum is just amazing! If you are looking for a great “white” rum for your Daiquiris, but don’t want to get stuck with a conventional tasting white rum, look no further!