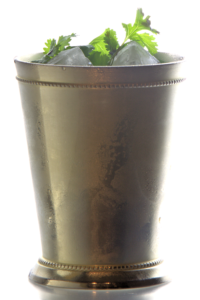 This time the name of the drink reflects the approach the VollKorn takes to the current spirit business. In a world where there are plenty of gins around the VollKorn takes a whole new approach! Or should I say a classic approach reinterpreted, because the vineyard Schmidt is producing a classic corn schnapps, but without the stigma of cheap packaging.

The inspiration for producing the VollKorn came from freshly backed bread from the mother of Maximilian and Sebastian Schmidt. The sons of Eugen Schmidt who are helping out on the family vineyard are also working meticulously on the spirits they are producing. For developing the VollKorn, they used the best grains they could get their hands on and distilled it in their Holstein still. This means they reinterpreted a typical northern German spirit in the Lake Constance region. 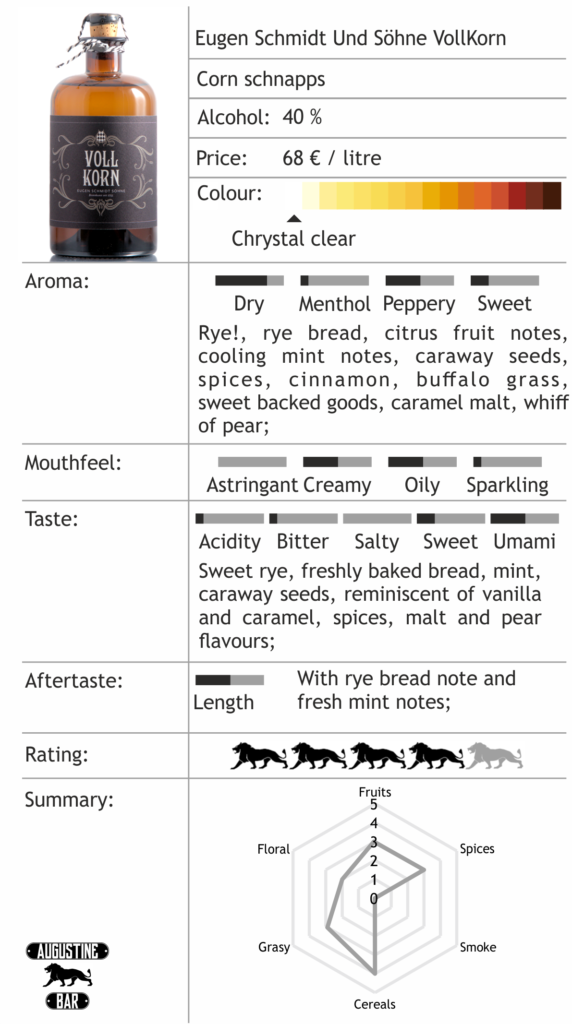 Well, you could just summarize the flavour of the VollKorn with describing it like the Schmidt brothers do: It really tastes like freshly baked bread. However, if you limit yourself to just this one statement you would not due the complexity of the VollKorn justice. There is much more going on than just bread and cereal notes. Although, it is quite hard to put your finger on the exact flavours you will find VollKorn and I have encountered this several times before when sampling unaged grain spirits. My palate is just not used to the taste of a cereal eau de vie, if you will, without the additional flavours that come from cask aging. Nevertheless, in the VollKorn you will also find notes of caramelized malt, spicy caraway seeds and even fruity pear notes.

Not just another Moscow Mule variation

For a drink I decided to create a Highball which is based on the classic Moscow Mule, but at the same time differs in every single aspect… What might sound stupid at first actually makes sense when you take a closer look at the ingredients. So, obviously the base spirit is the VollKorn corn schnapps, but instead of just topping it off with ginger beer, I decided to go for the organic pHenomenal Ginger Syrup in combination with a galangal liqueur. This mix of hot and spicy sweeteners adds depth and complexity to the mix which you would not get from just using ginger beer. Also, I thought that lemon juice might work better with the VollKorn than lime. 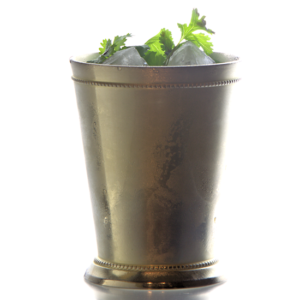 As mentioned above, the “Against The Grain” has a very complex and intriguing taste. Partly, this is due to the multiplex flavours of the VollKorn and partly to the mix of sweeteners. The cereal and malt notes of the corn schnapps go very well with the hot spiciness of the ginger and galangal. Also, the coriander leaves used as a garnish give the drink a slightly floral aroma and round out the drinking experience. Overall, the VollKorn proved that it can stand up to strong flavours in drinks. So, if you are looking for something other than gin for a change, go ahead and buy a bottle of VollKorn! I bet you will not be disappointed!