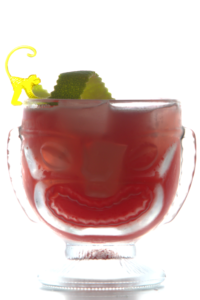 Yes, I am also presenting a great new rum to you in this article, but the real star is a banana liqueur! Now you might turn up your nose, because you are thinking of artificial coloured and flavoured cheap schnapps. Yet, I will promise you that you will be surprised by this high quality banana flavoured spirit! Apart from that, I will also tell you everything you need to know about the Compagnie Des Indes Tricorne, a rum blend specifically created for mixing!

Let’s start with the rum!

The Compagnie Des Indes Tricorne Rum is not the first rum which blurs the lines between rum and Arrak. However, it is something special that the blend of 55 % molasses rum, 40 % sugar cane juice rum and 5 % Arrak is bottled unfiltered and unsweetened. If you wonder what Arrak is: it is a spirit distilled from sugarcane, like rum, but with the use of additional rice during fermentation. On top of that, it is one of the oldest spirits known to men. However, the label does not mention from which specific countries each component comes from, only that they originate from three different countries. 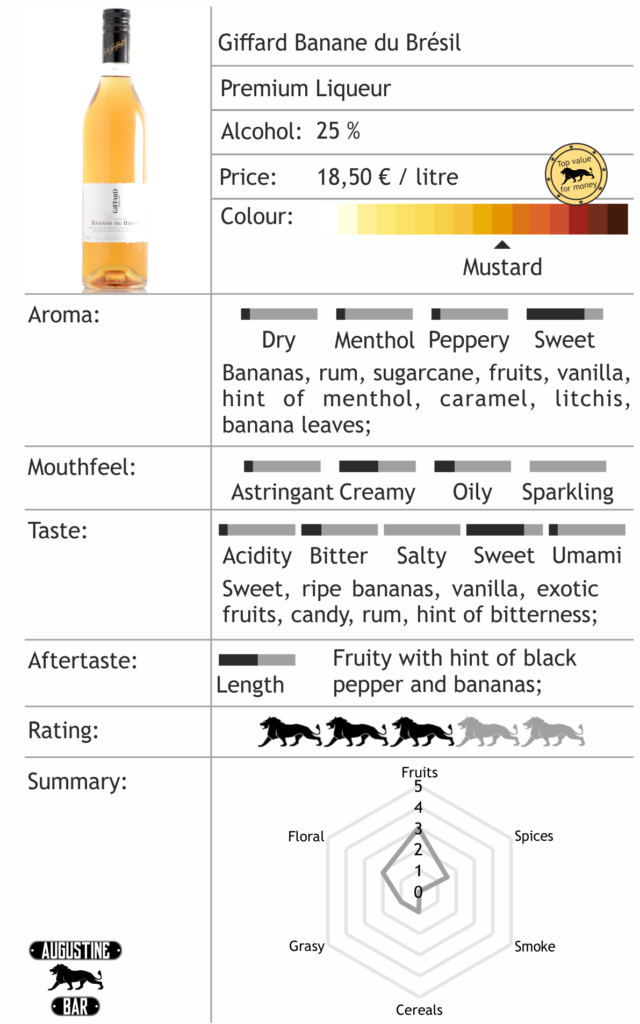 The special thing about the already praised Giffard Banane du Bresil liqueur is that it is made from real, ripe bananas. Besides the origin of the fruits, come from Brazil, banana eau de vie and cognac are used to give the liqueur a more complex body. After all, there is even a drink in the PDT cocktail book specifically calling for the Giffard Banane du Bresil. I guess this means that as a banana fan, it really is worth considering checking out!

To stray a little bit from the usual path, I decided to not only use the Compagnie Des Indes Tricorne Rum in the drink, but also some cognac. This seemed fairly appropriate, because the Banane du Bresil also contains a little bit of cognac. However, it is important to choose a light, but still flavourful style of cognac. It should not have to much sweetness and oak notes so that it does not overpower the banana liqueur. Also, I did not want to overdo it with the banana flavour, so I cut back on the liqueur a little bit. After all, I also added some red grape juice to smooth out the edges and give the whole cocktail some sort of backbone. 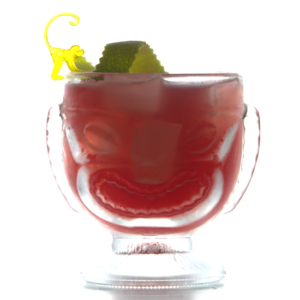 The resulting cocktail is a nice combination of rum, a hint of cognac, grapes, dried fruits, ripe banana and exotic fruit notes. In the back there are also some herbal and spicy flavours lingering on. Of course, the grape juice is clearly noticeable, but also brings the different base spirits and other flavour components together. It is quite astonishing how well the grapes work with the rum and banana liqueur. The lime juice adds a little freshness to the mix, but the drink still is a rather flavour heavy Tiki drink.