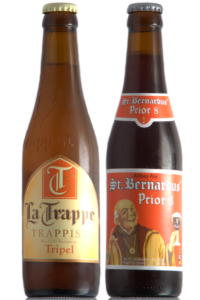 The unique beer death match continues with two abbey style beers. While, the La Trappe is the only real Trappist beer which is brewed in the Netherlands, the St. Bernardus beer comes from Belgium. Both beers have exactly eight percent ABV. However, because one is a Dubbel and the other one is a Tripel style of beer, there is quite some difference between them!

First, a little bit of history

The Koningshoeven brewery which produces the La Trappe Tiple is located in Berkel-Enschot in the Netherlands. The brewery operates since 1884 and the profit is used to finance the monastery and other charitable causes. In 1999 the Bavaria brewery took over day-to-day operations from the aging monks which resulted in a dispute with the International Trappist Association. However, a settlement was reached in 2005 and the beer is now again allowed to carry the official Trappist logo. The origin of “Tripel” style ale lies in the Low Countries and is commonly used for a strong pale ale. The Trappist Tripel is a top fermented beer using pale and Munich malts, glucose syrup, hops and yeast. The result is an amber brew with 25 International Bitter Units (IBU).

The St. Bernardus Prior 8 is produced in the brewery with the same name in the Belgian town of Watou. In the late 19th century, monks from the “Abbaye du Monts des Cats” fled there during the anti-clericalism in France and started a cheese factory. When the monks returned to France in 1934 Evarist Deconnick took over the chees factory and also started a brewery. The brewery also began producing Trappist beer when the monks from the St. Sixtus monastery stopped brewing for commercial proposes in 1945. However, in 1992 the licence ran out and meanwhile the remaining Trappist monasteries had decided that only beer produced within the monastery itself was allowed to call itself “Trappist” beer. Therefore, the beer was rebranded as St. Bernardus, inspired by the name of the earlier monastery “Refuge de Notre Dame de St. Bernard”. “Dubbel” beer means that the beer is fermented a second time in the bottle, giving it natural carbonation. The Prior 8 is brewed using malted barley, Hallertauer Magnum and Kent Golding hops, candy sugar and the Sint-Sixtus yeast string for the first fermentation.

Not that easy to drink 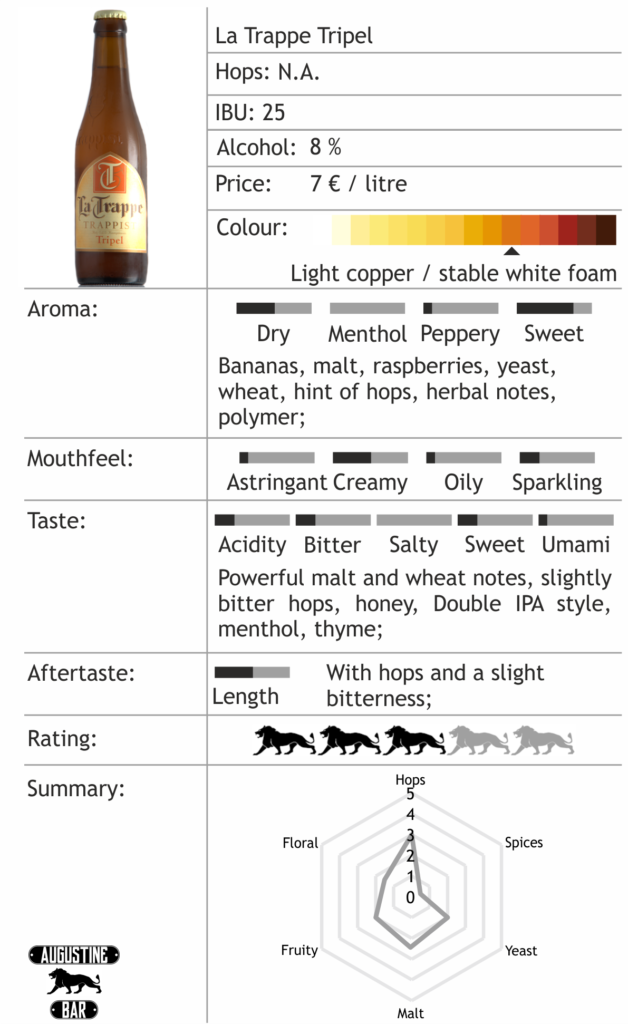 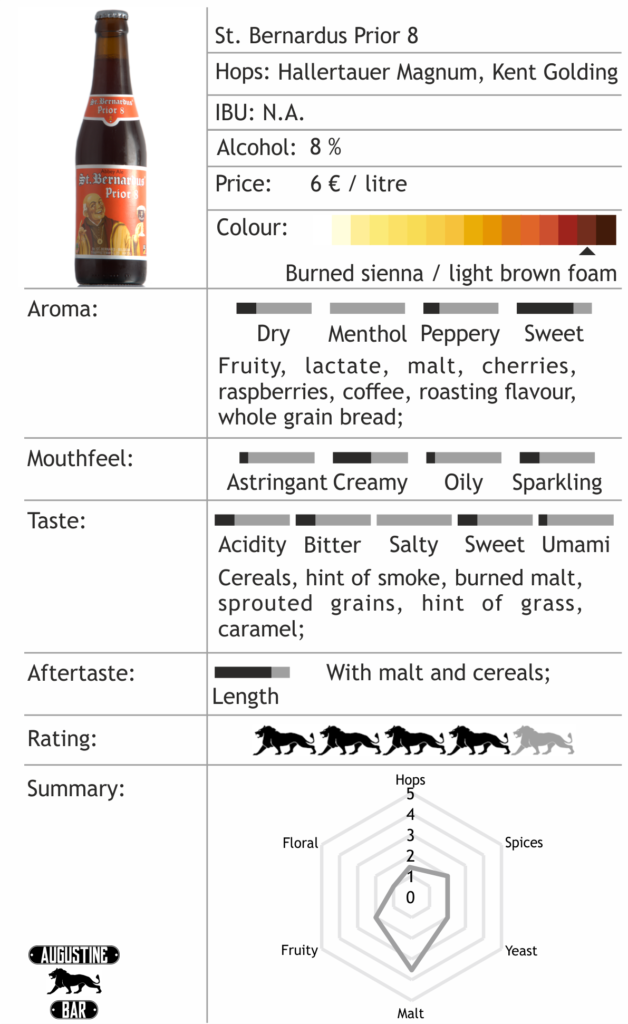 With its relatively high ABV and a noticeable bitterness the La Trappe Tripel is quite some beer! Apart from the pure strength, the beer manages to deliver herbal and even some fruity notes. Therefore, it works well when being pared with a herbal spirit like aquavit. My suggestion for a Boilermaker would be the great Dreiling Aqua Vitae. However, the La Trappe seemed a bit unbalanced and I would prefer the Dubbel from the same brewery. On top of that, it of course is kind of nonsense to try to compare a Dubbel with a Tripel beer. Yet, both are abbey style beers, both have exactly eight percent and both brewers had problems with International Trappist Association. However, while the La Trappe is relatively fresh and herbal, the St. Bernardus is darker and puts more emphasis on the malt. You could almost go as far as to say that the Prior 8 has some smoke flavour. It somehow reminded me of a lighter Imperial Stout style of beer and goes very well with a smooth, but complex Bourbon like W.L. Weller 12 Years. If I had to pick one of the two beers as a favourite I would choose the St. Bernardus, because it was well  balanced and therefore more drinkable.