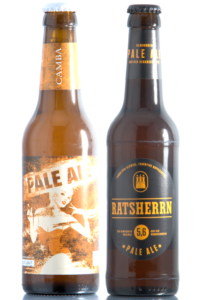 The Beercules series has been woefully neglected here on the blog for quite a while now! However, the discovery of the craft and speciality beer isle in my local supermarket gave me a good enough reason to change that! So, join me as I work my way from the top left corner to the bottom right of the shelf. The new overriding theme of this category will be a comparison between two similar beers. First off, we will put two German pale ales head to head.

While I am primarily a cocktail and spirits blogger, the occasional beer also has its charm! In this case, we are going to take a look at Pale Ales. Tough the term Pale Ale, originally only referred to the colour of the beer which results from the type of malts used. However, here in Germany Pale Ales tend to be a lighter version of Indian Pale Ale. The first beer in this test comes from the Camba Bavaria brewery in Seeon-Seebruck which is one of the craft beer pioneers here in Germany. The brewery first was set-up for experiements by brewery producer BrauKon. Since 2017, Camba Bavaria beers are produced at a completely new brewery in Seeon. The Camba Bavaria Pale Ale is a top fermented beer which uses Centennial, Chinook and Simcoe hops as well as dark and pale malts. In contrast, the Ratsherrn Pale Ale is brewed with Cascade, Hercules, Mittelfrueh, Saphir and Tradition hops and Caramel, light wheat and Pale Ale malts. Ratsherrn, an old beer brand from Hamburg was reintroduced in 2010 and the new brewery opened in 2014 in the famous Sternschanze district. Without further ado, let’s get to the taste of the two “craft” beers! 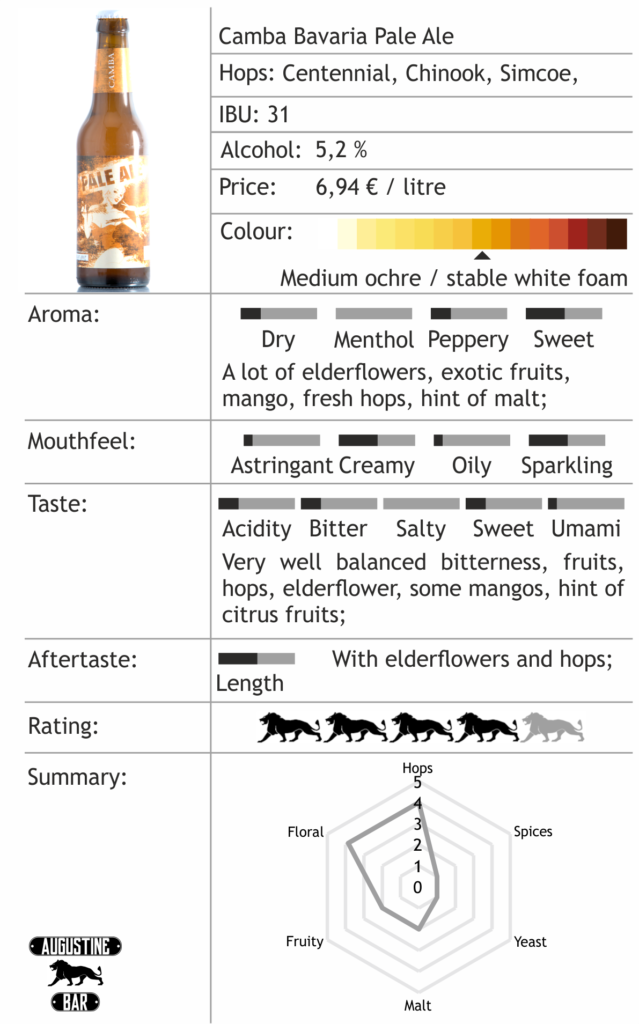 A lot of Pale Ales seem to be exchangeable with a strong bitterness, hops and a lot of exotic fruit flavour. Yet, the Camba Bavaria manages to be different, very well balanced and all of this while still being true to the familiar Pale Ale style. The predominant flavour in the Camba Bavaria is a strong elderflower taste, which I have not encountered with craft beers so far. The bitterness and the hops are both noticeable, but yet also very well integrated into the overall drinking experience. The same thing goes for the exotic fruit notes, primarily mango, they are there, but not overwhelming. I quite enjoyed the Camba Bavaria and would definitely buy it again! 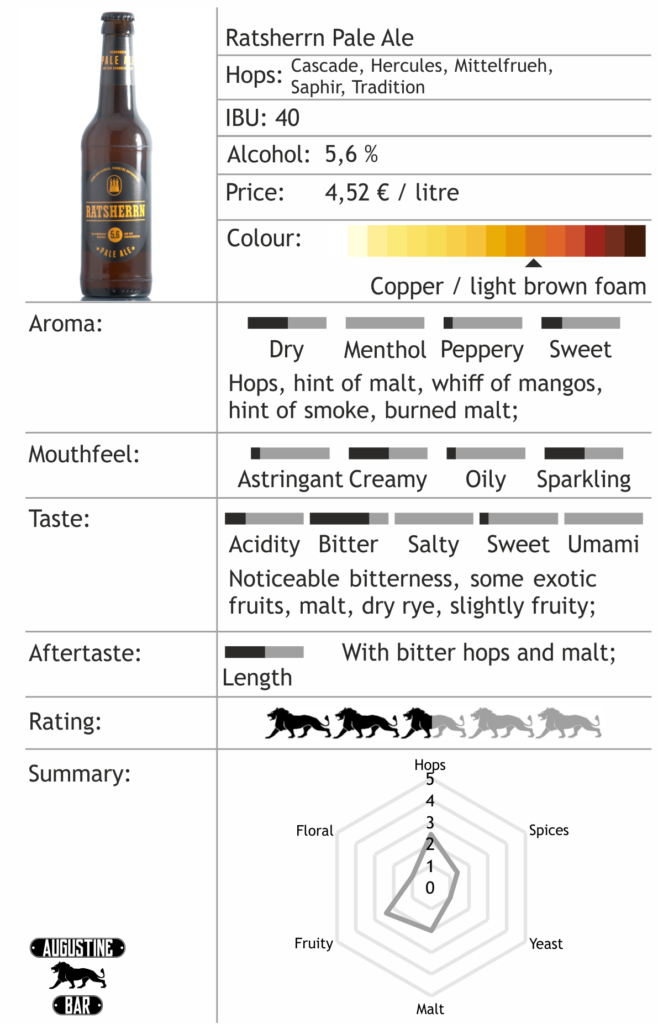 This was the second time, I have tried the Ratsherrn Pale Ale. It also was part of one of my earlier craft beer tastings. Apart from that, I also enjoyed the Ratsherrn Pils and Zwickel beers very much. However, my opinion on the Pale Ale has not changed much: Apart from a noticeable fruitiness and strong malt notes, it seems a little bit unbalanced and the bitterness is not very well integrated into the sip. That being said, it is still a quality beer and very well drinkable!