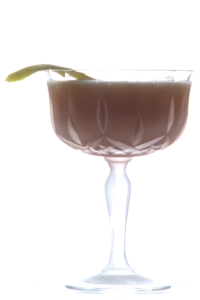 Well, this article is actually about two cocktails and they both have nothing to do with Alice In Wonderland. Instead, the article is about the two American whiskies from the Wild Turkey distillery. Both, the bourbon and the rye whisky are bottled at 100 proof which is the first good sign for a quality whisky. However, the ABV and their origin are the two only things those two whiskies have in common. This is also why I decided two mix two completely different cocktails with them.

Of course it does not make a lot of sense comparing bourbon with rye whisky. Nevertheless, if you think of it as a comparison between two siblings it might make more sense. Apart from that, both Wild Turkey whiskies come from the former Old Hickory Distillery / Ripy distillery founded 1891 where the former Old Moore Distillery stood. The “Wild Turkey” brand name seems to originate with Austin Nichol’s executive Thomas McCarthy who took a bottle of whisky to a turkey hunting trip in 1940. Today the whisky is distilled and bottled at a completely new facility built by Campari in 2011.

The Wild Turkey 101 Bourbon with its high rye mash-bill, has been made by Jimmy Russell for over 60 years. It is said to be made from a 75 % corn, 13 % rye, 12 % malted barley mash-bill and distilled at very low proof to keep most of the flavour from the barrel. Of course, Wild Turkey uses the obligatory new American white oak barrel, but with a very heavy #4 char to give the whisky its characteristic colour and flavour. 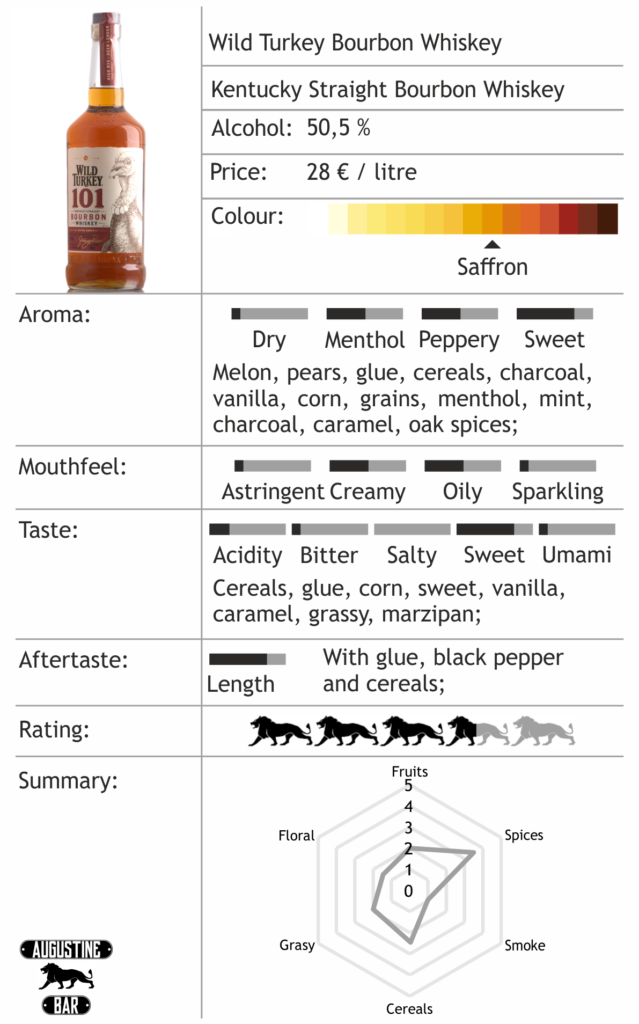 Yes, you could say that the Wild Turkey 101 is a very high rewarded / regarded bourbon! Its noticeable more than bottled in bond strength definitely is too much for the inexperienced connoisseur, but if you into bourbon and appreciate a “hands-on” whiskey which still is very complex you should definitely grab a bottle of Wild Turkey 101.

The Wild Turkey 101 Rye is supposed to contain the minimum amount of 51 % rye and an additional 37 % corn as well as 12 % malted barley. There has been a lot of confusion about the availability of this rye in the last few years. The introduction of an 81 Proof version let to a period where the 101 Rye was not available at all. After that it was reintroduced with a new label and as a one litre bottle. 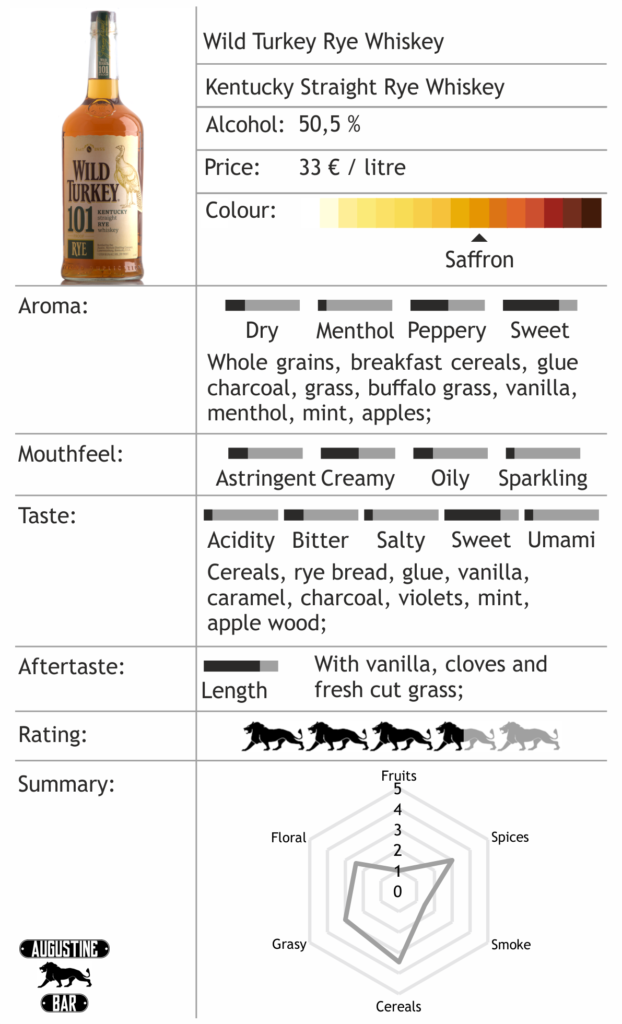 Like the Wild Turkey 101 Bourbon, the 101 Rye delivers everything you could ask for in a low rye content whiskey. It is spicy, yet somehow mellow and even a little bit sweet. Of course, you could always ask for more complexity and flavour, but at this price range the Wild Turkey 101 does not disappoint at all! Again, if you are not into the almost 100 % rye LDI whiskies you can definitely stock up on this one!

Excuse the pun, but the “Strawbear” cocktail is a drink I invented to use my homemade strawberry jam, but any other high quality strawberry jam will also work here. At the same time, I had a surplus of cold, brewed coffee and I figured that the Wild Turkey Bourbon would be the perfect link that connects both ingredients. On top of that, I added Giffard Vanilla Liqueur, which of course goes perfectly well with the coffee and lime juice. The result did not disappoint at all! There was a strong strawberry and vanilla note, with the bourbon lingering in the back. Somehow the whole drink also had a great chocolate flavour to it, which I guess was due to the combination of coffee, vanilla and bourbon. If the time my guests took to finish their cocktail is any indication of the taste, it must have been not bad at all! 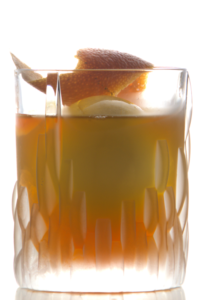 The drink I invented for the Wild Turkey 101 Rye basically is a variation of a variation. I took the Stagger Lee Boulevardier, which is a Boulevardier with Cynar instead of red vermouth which makes the drink one of the few cocktails using two different Amaros. I kept that slightly odd combination and just used the excellent Mondino Stagionato Amaro instead of Campari and also replayed the Cynar with Amanero. On top of that, I took the same approach as with the “Mood Swing Baby” last week and added a little lime eau de vie to compliment the fruity notes in the drink. The result is a noticeably bitter cocktail with still a lot of spiciness from the rye coming through. There also are some fruity citrus notes, reminiscent of lime and grapefruit, lingering on in the back. While this drink is very similar to the “Mood Swing Baby” it clearly is more suited for the colder days in the year.