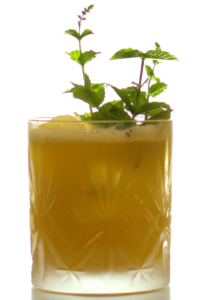 I know I am a little late for introducing the new Plantation Xaymaca Rum. Nevertheless, I thought I would share my insights into this new ester forward rum! The special thing about this rum is already incorporated in its name ‘extra dry’. Apart from that, I also want to share a new refreshing recipe with you!

Following Plantation Rum’s new strategy, a lot of information is disclosed with the Plantation Xaymaca Rum. The label will tell you were the different parts of this Jamaican rum blend were distilled, the Clarendon and Long Pond Distillery. How long the rums were fermented, one week and three weeks. As well as, on which type of pot stills, Vendome and John Dore. The initial ageing took place in barrels which previously held bourbon for one year and three years respectively. On top of that, the rum was then further aged in 350 l ex-cognac barrels in France for another year. Afterwards, a small portion of 17-year-old Jamaica Rum was added to the mix. Maybe the most important fact about this rum is its dosage of 0 g / litre, which Plantation also proudly state on the label. Apart from that, they also name the ester content of the rum with 156 g/hl. For more information on the Xaymaca Rum, you can read a very detailed review here or other reviews of my colleagues Galumbi and Johann. 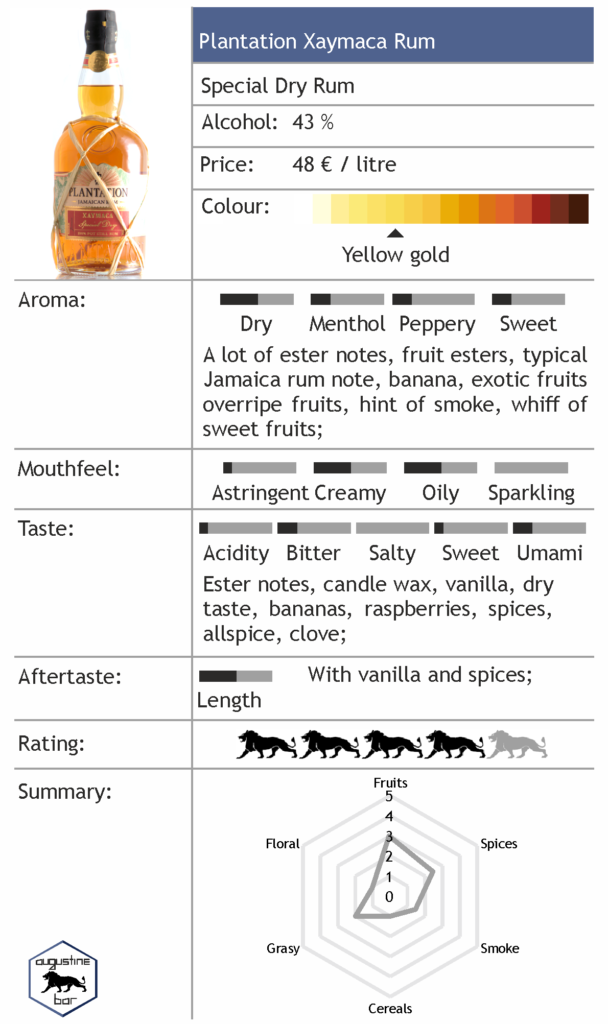 While the bouquet of the rum contains a lot of fruity and typical Jamaican ester notes, the taste is more mellow and smooth. Where you can find exotic fruits and almost smoky notes in the nose, you will discover typical Jamaican rum notes, but also smoother molasses flavours underlined by vanilla. Due to its relatively young age, it lacks a little bit of complexity in the sip. Compared to the Plantation Jamaica 2002, the Xaymaca is indeed more ester-forward, but cannot quite reach the multiplex combination of fruits and roasted flavours. Nevertheless, the Xaymaca is an excellent rum for introducing people to unsweetened, ester heavy Jamaican rum.

For a drink I decided to go with something for the hotter days. As a fruity addition to the Jamaica Rum I decided to go for passion fruits which accompany the exotic fruit notes of the rum. I just added a little bit of vanilla, lime and topped it up with Italian lemonade. The San Pellegrino Gassosa is a  clear citrus lemonade created in 1987. To underline the refreshing notes even further, I also chose mint for a garnish. 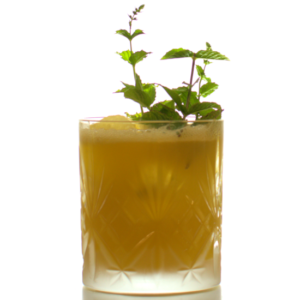 The refreshing notes of the fresh passion fruit and the lime juice go very well with the Xaymaca Rum. The ester notes of the rum are still noticeable, but not very prominent in the finished cocktail. Apart from that, the vanilla syrup and the sweetness of the lemonade balance out the drink. In conclusion, the drink is the right choice for hot summer days, where even a Mai Tai seems too strong.