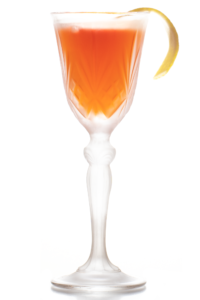 It has been a while since I reviewed the last bourbon here on the blog. This is why, I thought I will give two bottles a try which I had my eye set on for a long time: The Old Grand Dad 114 Proof and the Pure Kentucky X.O. bourbon. Both clock in at above 100 proof, so tasting them in cocktails should be interesting. Another thing they have in common is that they are often overlooked and are also hard to get here in Germany.

First some facts about the Old Grand Dad 114 Proof. It is produced by the Beam-Suntory in the Jim Beam distillery. The mash-bill is made from 63 % corn, 27 % rye and 10 % malted barley. Apart from that there is not much information to find, apart from that the namesake old granddad was Basil Hayden. The 114 proof bottling is the strongest of the three regular Old Grand Dad bottlings. Apart from it, there is also a 80 proof (40 % ABV) and a bottled in bond (100 proof / 50 % ABV) version. Another note of trivia: In Ian Fleming’s Live and Let Die novel Old Grand Dad bourbon as James Bond’s choice for Old-Fashioned cocktails. 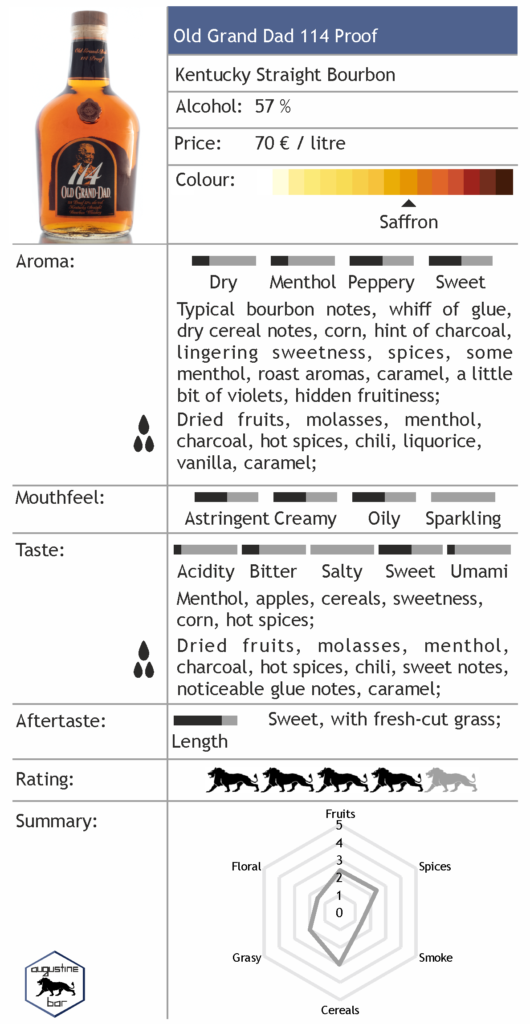 Well, I mean this in the nicest possible way, but the Old Grand Dad 114 Bourbon is really powerful stuff! It has a very complex and nice aroma, which surprisingly changes to hot spice and more alcoholic notes when you add a little water. However, if you taste it on its own, it probably will burn your taste buds! There is mostly alcohol and hot spices you can taste. With the addition of water some dried fruits and even molasses notes appear in combination with typical bourbon flavours. Yet, the sip is not that complex. Nevertheless, for its price, it is still a great value for money.

The Pure Kentucky X.O. is even more an underdog than the Old Grand Dad. It is produced at the Willett Distillery and is one of their “entry-level” bourbons. Nevertheless, its higher ABV and a suggestion from a fellow cocktail enthusiast spiked my interest. It is supposed to be four years and seven months old bourbon. However, other sources say that the Pure Kentucky X.O. is sourced whiskey only aged at the Willett Distillery and that it once consisted of 12 year old bourbon. Despite that, the thing that matters most is the taste of the bourbon! 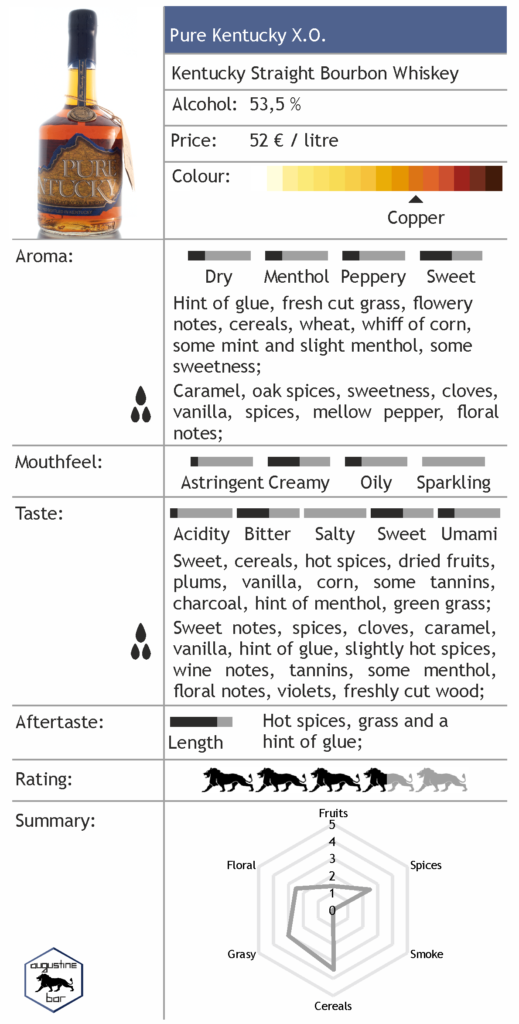 Even when they share some similarities, the two bourbons could not be more different. Of course, with 107 proof the Pure Kentucky still is no watered-down whiskey. Yet, it comes off as more refined. Where the Old Grand Dad’s masterpiece is its aroma, the Kentucky X.O. delivers more when tasting it, even without the addition of water. With the addition of a little bit of water, some fruity wine notes and even a hint of tannins appear. In principle, I enjoyed the Pure Kentucky X.O. more when tasting both bourbons neat. However, when it comes to cocktails, things can be quite different. Just as a quick side note, I did smaller versions of the original drinks:

Something sour and something strong 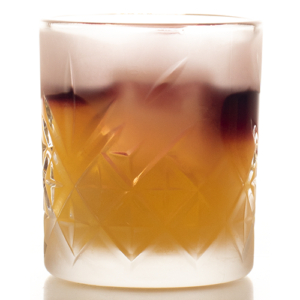 I chose two different cocktails to compare the both bourbons, a Continental Sour, and a Boulevardier. I could only have done a simple Whisky Sour, but I had an open bottle of red wine and thought of no good reason not to use it. The first thing you will notice about the two different Continental Sours is that the one with the Old Grand Dad Bourbon has a characteristic whiskey note in the aroma. In contrast, the one with the Kentucky X.O. only smells of red wine and fruits. The same thing continues when tasting both drinks: The Sour with the Old Grand Dad is a well-balanced combination of bourbon, sour-mix and red wine notes. Whereas the other cocktail is mainly dominated by the red wine notes. In my opinion the clemr winner of this comparison is the Old Grand Dad 114. 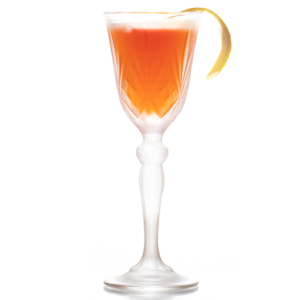 Things are a little bit different when it comes to the Boulevardier cocktail. While the one with the Old Grand Dad 114 is not a bad cocktail at all, the recipe using the Pure Kentucky X.O. is more balanced. In the first drink, the ingredients seem to act on their own, without being very well integrated in the overall cocktail. In the latter, everything comes together more beautifully and especially the red wine notes of the bourbon go very well together with the sweet vermouth.

Of course you could say that the Pure Kentucky X.O. one this comparison 2:1, but when you look at the things more closely things are not so easy. First, the Old Grand Dad really made an excellent Whiskey Sour style cocktail and the Kentucky X.O. could not impress in this category at all. Second, the Boulevardier made with the Old Grand Dad was still very enjoyable, the other one just was better. I guess, it really comes down to personal preferences: If you like strong and powerful whiskeys you should go with the Old Grand Dad and use it in drinks which need such a bourbon. However, if you like more refined whiskeys and also want to enjoy it neat sometimes, you should stick with the Pure Kentucky X.O. Apart from that, if you cannot decide on which one to get, just buy both!