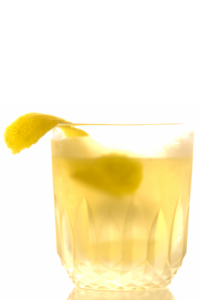 Well, I promised you some new articles on everyone’s favourite spirit and here you have it! After my complaint some weeks ago that I did not manage to write about gin, the guys from Pierre Ferrand just had to help me out and sent me their Citadelle Réserve Gin. The special thing about it is that it spent some time in a cask. But, what to do with a barrel-aged gin?

While nowadays cask-rested gin is not something special anymore, back in 2008 it actually was something unconventional. It was Pierre Ferrand’s Alexandre Gabriel who had the idea to age their normal Citadelle Gin in French oak casks for a few months. While back in 2008 the Citadelle Réserve was quite influenced by the French oak from the older barrels, the wood character was dialled back a little the following year. Then the gin was rested in medium charred casks for five months. In 2010 Mr. Gabriel wanted to create a “perfect ‘ageing’ gin” and therefore distilled a special batch of  their normal expression containing more violets, iris and grains of paradise. This special blend was aged in lightly toasted barrels for six months. The same recipe was used for the 2011 batch, however the ABV was raised to 44,7 %. One year later, Mr. Gabriel added three new botanicals to the mix, yuzu, génépi and cornflower. Yet, for the 2013 batch he even had something new in stall: Solera aging. This means that Citadelle gin is aged in different types of small casks for a time ranging from one to five months. The barrels used for this aging method include American oak barrels for a touch of vanilla, ex-Pineau De Charente casks for flower notes and barrels that previously held brandy to add a level of elegance. Once the spirit has reached a certain level of maturity the cask is partially emptied and added to a large vatting vessel. Afterwards, the rest of the barrel is filled with new unaged gin and the aging process starts all over again. One slight drawback is that there will no longer be “vintage” bottlings of Citadelle Réserve. On the upside each batch of gin will have a more consistent flavour profile.

EDIT: I have just received new information that the 2015 bottling includes the regular 19 Citadelle botanicals, plus blueberries, génépi and yuzu. Moreover, it was aged for six to eight months in acacia, cherry and chestnut wood barrels as well as in used Cognac and Pineau de Charentes casks. Since, you will sometimes still find the information mentioned above, I decided to keep both.

Does a gin really need barrel-aging?

Well, what I can say is this: The Citadelle Réserve Gin is more complex than the normal Citadelle Gin. You really get a hint of oak flavour, mainly vanilla. Also all the other flavours seem to be better integrated and the citrus notes are less prominent. Still, the difference is not quite as pronounced as I would have guessed. On the one hand, this is a good thing because the typical gin aroma is preserved with strong juniper notes, but on the other hand you could find yourself asking why you should spent more money on a product which is just a slight variation from the original. When it comes to drinks the Citadelle’s strong menthol notes should give it enough power to stand up against tonic waters and other mixers. To find out if this was true I decided to create a special kind of cocktail.

Welcome to the “Martini” Old-Fashioned

Let me quickly explain my thoughts on this new creation. Since, cask-aged spirits should work well in an Old-Fashioned-style cocktail, I decided to use the Citadelle Réserve in a variation of the original. However, because I still had a gin on hand, I also wanted the flavour profile to be similar to an Martini. So, what I did was to create a spiced vermouth syrup‎
. Together with Celery Bitters the result is  the “I Never Get Old”, which basically is a Martini and Old-Fashioned synthesis. When it came to naming the drink I stuck to my principle of using the title of a fitting song. This time it was pretty easy, not only because the song from Nathaniel Rateliff goes well with the drink, but also because of it gave me the chance to make a pun on the original cocktail’s name.

First, some words of warning: You should be careful not to overdo it when adding the bitters and also carefully measure the amount of syrup you use. On my first try I used slightly too much of both. If you do get the amounts right you are rewarded by the familiar Old-Fashioned aroma. Nevertheless, there are also other flavour components at work here which make sipping the drink quite interesting. For instance, if you concentrate on the gin and vermouth flavour you almost could be tricked into thinking you are drinking a Martini. However, the mouth feel and higher level of sweetness quickly show that this drink has a different character. As mentioned earlier it kind of is a great synthesis of both drinks! On top of all of this, you also get herbal and spicy notes from the celery bitters and the herbs used in the syrup. They kind of emerge at irregular intervals and add to the complexity of the drink. I guess you could also apply this principle e.g. the syrup to other cocktails as well, maybe when making a gin-based Sazerac. Let me know what you come up with!