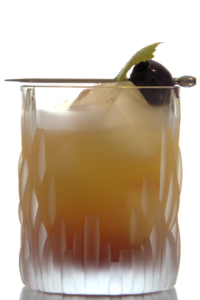 When it comes to rum, the first islands and countries most people think about are Jamaica, Guyana and maybe the Dominican Republic. However, basically every country in the Caribbean produces rum. This is why we will take a closer look at a rum from St. Lucia, an island even rum experts overlook sometimes.

The rum in question is the Admiral Rodney Rum, which is produced by the St. Lucia Distillers It is produced from molasses and distilled on a column still. The typical characteristic of those stills is that they have different plates on which the distillate boils at a different temperature. You could say that each plate level is similar to distilling the liquid one time. For the Admiral Rodney different levels are combined to result in a higher complexity. Afterwards, the rum is aged for about ten years in used bourbon casks from Jim Beam, Jack Daniels and Buffalo Trace. 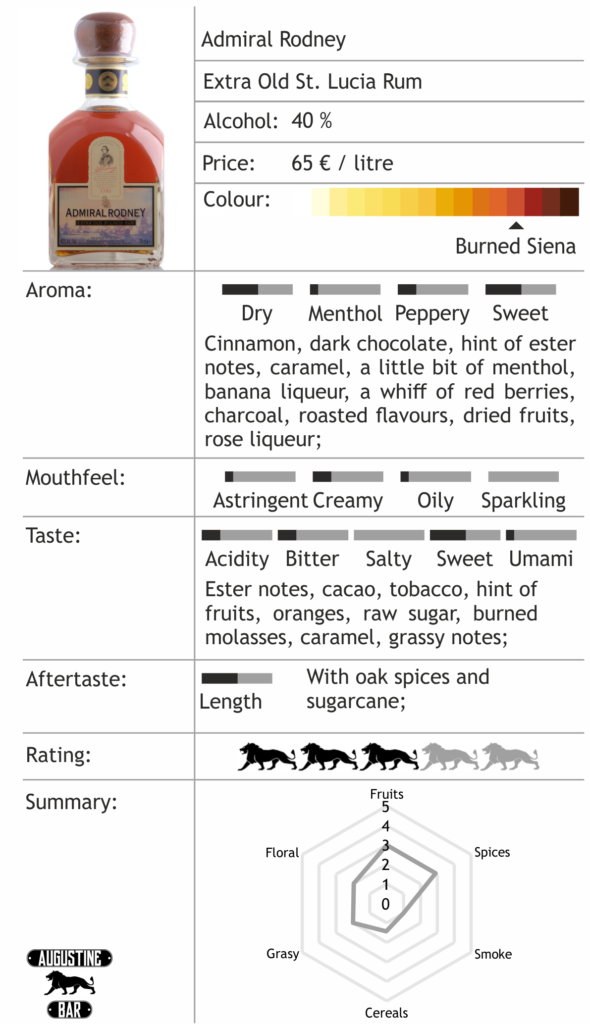 The Admiral Rodney Rum is a showpiece for a column still rum: It is quite smooth with some molasses flavour and a load of caramel and some ester notes. You will also notice that there are even some oak spices from the barrel ageing. This rum is the right choice for people who like an smooth sipping rum with all the flavours you can expect. Yet, it could make due with a little bit more complexity. Apart from that, it is nice to try a rum which spent almost decade in a cask for a chance and all the oak spices this ageing brings with it.

For a drink, I was looking for something which underlines the basic characteristics of the Admiral Rodney Rum. Something pleasant that everybody would enjoy and where the rum does overpower the whole drink. I ended up with a Falernum Sour variation where I added a little bit of rum and also some special tayberry liqueur from Giffard. Moreover, I also used the combination of fresh lemon and lime juices to add a little bit more sophistication to the recipe. 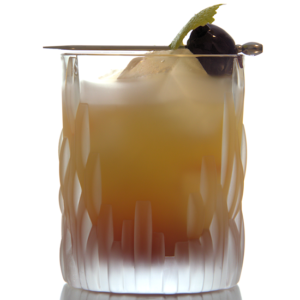 The cocktail delivers everything you would expect: Spicy ginger and lemon notes, a nice balance between acidity and sweetness and of course rum notes. The Admiral Rodney adds the rum flavour to the drink the Falernum on its own does not. It is up to you if you stir your drink in the beginning and get a more fruity, but uniform flavour profile. Or if you wait and experience the drink changing in flavour with every sip. All in all, the Falernum Sour No. 2 is a nice summer sipper, which if you do not drink it too quickly is also not too strong and therefore suited for the hotter days of the year!