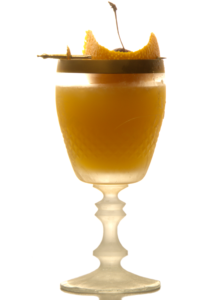 Probably everyone who enjoys the occasional rum will know the Plantation rum range. However, every now and then they manage to sneak in a new bottle of rum under my radar. This was exactly the case with the new and limited Plantation Black Cask 1951. Just like Johnny Cash’s version of the theme song from the 1965 James Bond movie, it was pure coincidence that I stumbled upon it.

When I first encountered a bottle of Plantation Black Cask 1651 rum I almost disregarded it as a new label of an already existing Plantation rum. Only at second glance I realized, that it was a completely new product. Since, I was more than happy with the last bottle of Plantation rum I reviewed, I of course also wanted to try the Black Cask. As always I will not only share my tasting notes with you, but I also created an easy and interesting cocktail using German vermouth. Yet, let us not disregard the basic facts about this rum.

The Black Cask is composed of rum from three different countries: Barbados, Belize and Trinidad to be exact. After spending two to three years in used Bourbon barrels in said countries, the barrels are shipped to France and the rum is transferred to small used Cognac barrels for 12 – 24 months. Those casks are then stored in the cool cellars of Château de Bonbonnet in Ars, Cognac. The last step of the production, which also gives the final rum its name, is finishing the blend in heavily charred, young barrels for the last five months. I cannot blame you for thinking this extensive cask management might be a bit excessive. There also is good rum out there which manages to be complex and tasty without all this switching of barrels. Though, if the overall result is a diverse and flavourful spirit I am totally fine with it. After all, most consumers do not care for how long their rum spent in which barrels. 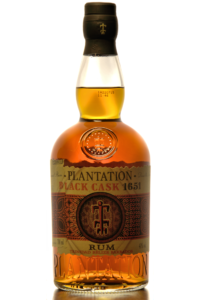 Naturally, because of the lack of a reference specimen I cannot tell you if all that cask changing was worth it. However, what I can tell you is that for this price it is really worth a try! Contrary to other value for money tips this one even tastes great on its own. I would almost go as far as calling it complex. The thing I liked most, were its layered ester and toffee notes. Somehow, I am curious which of the three different base rums, was the reason for those ester notes. It is to some extent similar to the flavour profile of Jamaican rum. So, probably the verdict here is that the cask management really was worth all that hardship… Nevertheless, what I think we all are interested in is, how the Plantation Black Cask Rum handles being mixed!

There are not many rum cocktails out there which also incorporate vermouth, with the Rum Manhattan being the exception from that rule. So, I decided to chance that! Which in return makes this drink a little hard to categorize. If I had to I would perhaps describe it as a Rum Sour with the addition of vermouth. But to tell you the truth, I do not really care for cocktail categories. Instead let me explain what I did, but actually, there isn’t a lot of explaining to do either! I just thought of a way to incorporate white vermouth into a cocktail. To mix up a Sour variation was just the first thing which sprang to mind. What you should take into consideration however is the sugar content of the vermouth. Logically, you have to reduced the amount of syrup to use in your usual sweet & sour mix, depending on how sweet the wine is. Since, we are talking about sweet, white vermouth here and not a bone dry one, I reduced the amount of syrup to 1 cl (little over ¼ oz). To underline the spice flavours in both the rum and the vermouth, I decided to use homemade cinnamon syrup instead of plain simple syrup. As a quick side note I will include my tasting notes on the Belsazar White Vermouth here as well. – This sweet, white, vermouth is made using wines from the Kaiserstuhl in south Baden region of Germany and is fortified with Schladerer eau de vies. Moreover, nearly all herbs used for the production are locally sourced and steeped into the wine in demijohns and the maturation is done in stone wear containers. Even the sweetener is not plain sugar, but grape must is used instead to add the sweetness. 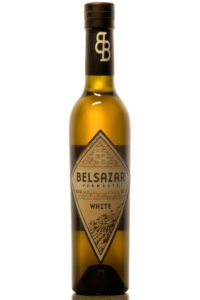 Sure, this drink has a certain similarity to a Daiquiri. Nevertheless, the white vermouth manages to add a certain amount of funk to the mix. Its wine aroma is definitely noticeable in the final drink. Apart from that, the vermouth also adds more fruity aromas, which remind me of citrus, pip fruits and grapes. The caramel and ester notes from the Black Cask rum also apparent in the final drink, but they do not conceal the vermouth taste. The same thing goes for the cinnamon syrup. It is only there to support the other flavours and does not overwhelm them. In conclusion, this is the right drink for a nice quite Autumn evening!

Similar to the Plantation Original Dark Rum, the Black Cask also is worth a recommendation! It makes great Sour style cocktails, a nice Rum Manhattan and you can enjoy it neat, too. Which means it is very hard to find reasons why you should not grab a bottle and mix up some delicious rum cocktails yourself!