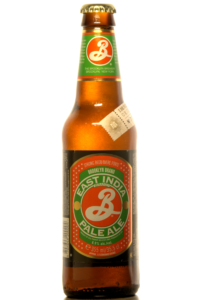 While researching beer cocktails it is needless to say that I had to try a fair amount of beers from all over the world. To be honest this was not the worst task to cope with. Additionally this gave me the idea to provide you with short profiles of some small breweries. Obviously I will share my tasting notes of their beers, too. So, this first article is all about the renowned Brooklyn Brewery.

The Brooklyn Brewery was founded in 1984 by Steve Hindy, who previously worked as an Associated Press correspondent. He was stationed in the Middle East and started homebrewing, simply because alcoholic beverages are not sold in Islamic countries. Back in New York he quit his job and started Brooklyn Brewery together with his downstairs neighbour Tom Potter. Their first beer, Brooklyn Lager, was contract brewed in Utica, NY, due to their limited resources. The label design and corporate identity were designed by none other than the designer of the famous “I Love NY” logo Milton Glaser.

Besides that Hindy and Potter faced a lot of problems when starting their small brewery. Their full flavoured beer almost had nothing in common with the “new” style of beer Americans were familiar with, so tavern owners where sceptical at first. Moreover, the distribution of beer in New York was controlled by the big players and they had no interest in selling a beer from a small brewery. That is why the two bought some trucks and started distributing their beer themselves. This lead yet to another problem, because of the high crime rate at that time they had to face burglaries, armed robberies and had to deal with mob-connected individuals.

However, they made it through and managed to hire the highly respected brewmaster Garrett Oliver in 1994. Two years later they were able to open a new brewery in Brooklyn, which was inaugurated by major Rudy Giuliani with a glass of German style Brooklyn Weisse. Apart from that Oliver developed a lot of new beers like the famous East Indian Pale Ale, the Black Chocolate Stout and Pennant Ale ‘55 along with many other seasonal and limited beers.

In 2003 it was decided to sell the distribution rights to two major wholesalers in the beverage industry in New York. Thereby the brewery could expand and today they are just finishing up the last parts of it. The expansion will allow the brewery to produce all its beers in Brooklyn. Furthermore, it will give Oliver the opportunity to explore new passion projects and experiment with new styles of beer.

For some years now Brooklyn Brewery beers are distributed by Braufactum here in Germany, but of course not the whole portfolio is available here. That is why I concentrated on four beers, which come in 350 ml bottles. Let’s see if they are so good that I have to try the “big bottle” beers, too! 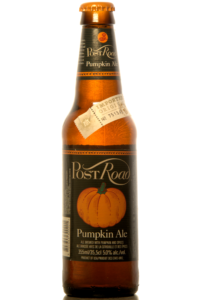 This was the second Pumpkin Ale I have tried so far. My problem with the first was its lack of pumpkin flavour. I was curious if a real Pumpkin Ale from the United States would have more pumpkin flavour. What can I say? It tasted more like a real pumpkin indeed. However it still remained a real beer. So much so, that again the pumpkin flavour was suppressed and lingered somewhere in the back. In return the nutmeg and other spices came through nicely. It would have gotten a better rating if it had tasted more of the real fruit (vegetable)… 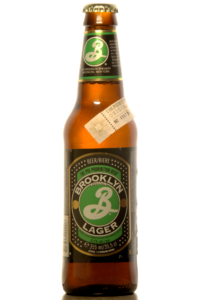 To be honest, I did not expect much from a lager. Here in Franconia lagers are more or less considered as light beers, which do not have a lot of flavour. – You can imagine my surprise then when I tried the Brooklyn Lager! It was totally different from what I had expected. It was slightly bitter with an explosion of fruit aromas. Contrary to some Indian Pale Ales, there was a good balance between bitterness and fruity aromas. In the aftertaste it even had an umami flavour. If it wasn’t so expensive it would be my new all-day beer. Not that I am drinking beer every day, but it would be good to have on hand, just in case some friends stop by.

The Brooklyn East IPA was a typical Indian Pale Ale with a noticeable bitterness and a lot of exotic fruits. I am always reminded of ripe mangos and in this case there was a slight sour sensation on the tongue, too. Even though the bitterness and fruit aromas where perfectly balanced I liked the Lager better. The East IPA is a beer that needs your full attention and is not made to be drunk casually while having a conversation. 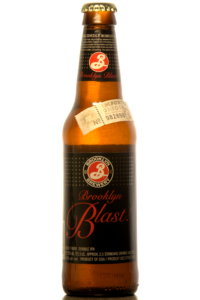 Again the beer managed to surprise me, I suspected the BLAST to simply taste like an amplified East IPA. However, it delivered much more! Probably this was the beer with the most complex fruit aromas I ever tasted. Meanwhile, those exotic fruit notes kept the bitterness at bay and thereby kept the beer from becoming too extreme. As with the Lager this would be my go-to IPA, if it wasn’t so expensive.

Now, there ís an up and a down of this story: On the one hand, the beers the Brooklyn Brewery is producing are unquestionably excellent! Two of them made it straight to my top ten beers. On the other hand, I am afraid that now I have to try the other “big bottles” as well… And let me just tell you this: they are not cheap!