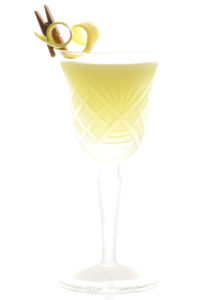 I know, the No. 3 Gin is not that new. Indeed, it has been around for quite a while and it is more or less a classic London Dry gin. However, it is still worth taking a closer look! Partly this is because for me the No. 3 belongs to a London Dry subcategory I call “Martini Gins”. Yes, I might have some explaining to do, so go ahead and find out what this category is all about.

For me London Dry Gins fall into to segments: The ones which are best used in a Negroni and other flavour-forward cocktails. – They have bold flavours with strong piney juniper notes. The Second one includes those gins which best work in Martinis (or Gimlets). They are less powerful in taste and have a subtle, ideally citrus-lead, flavour. While some gins from the first category also make good Martinis (and Gimlets), others just do not work in those drinks. The other way round, Martini (or Gimlet) Gins will work in Negronis, but there nuanced notes will be lost when being paired with the loud bitter notes of Campari. One atypical example of a Martini (Gimlet) Gin is the Tanqueray Ten. It was my go-to-gin for Martinis (and Gimlets) for quite some time. – Until the Berry Bros. & Rudd No. 3 Gin came along!

Dutch gin with a English heritage

Berry Bros. & Rudd is a over 300 year old wine and spirit merchant located at No. 3 on St. James Street in London. Its recipe was developed by Dr. David Clutton and it is made in one of the oldest distilleries in the Netherlands. Its recipe is comprised of only six botanicals which sounds rather special in a world which is flooded with gins battling each other with an ever higher number of herbs and spices. Of course, in the recipe you will find juniper from Italy, but also sweet Spanish orange peel, grapefruit peel, angelica root, Moroccan coriander and cardamom. This simple, yet refined, mix of botanicals is added to a copper pot still together with grain alcohol. Then the mix is stirred and macerated for 24 h before distillation. 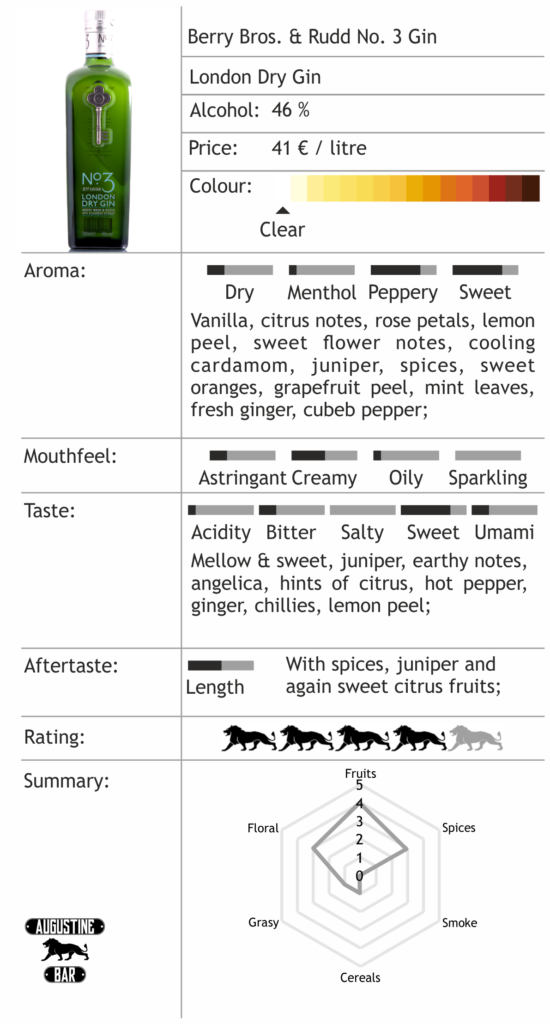 The No. 3 Gin is all about citrus flavour: There are a lemon, grapefruit and orange notes with the lemon and grapefruit notes being the dominating ones. However, the spicy cardamom and juniper flavours are noticeable, too. Despite using only six botanicals the No. 3 is not lacking anything and on top of that it is also very well balanced with a great mix of spices and herbs. This also means that, as I said before, you should not pair it with too powerful ingredients. Here is another example why: Of course it works with tonic water, very well in fact, but it is a little bit of a waste, diluting the beautiful citrus flavours instead of highlighting them.

Since I did want to underline the subtler flavours in the No. 3 Gin, I created a Gimlet variation. This way I added to the more volatile aromas instead of subtracting from them. – Similar to the “Paper Cuts” cocktail I also wanted to include chamomile in the final recipe, because it just works perfectly with gin and also reminds me of autumn. So, I came up with a simple chamomile and lemon cordial. It only takes 10 minutes to make and you just have to cut a few slices of organic lemon peel with as little white pith as possible. Then press the lemon and add it to a pan together with dried chamomile blossoms and sugar. Then bring everything to a boil, let cool and there you have your chamomile and lemon cordial. 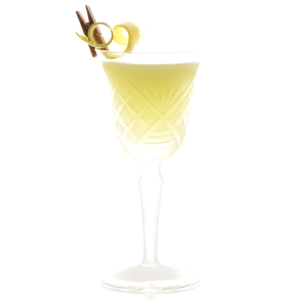 The “Codes And Keys” starts of with the usual flavour combination of a Gimlet. This means that there is a distinct mix of gin aroma and acidic citrus notes. Yet, you quickly also notice the chamomile which gives the whole drink a herbal touch. The cocktail is still very refreshing, but at the same time it is somehow a little bit heavier in taste and therefore more suited for the colder months of the year. What still remains is the fact that the Berry Bros. & Rudd No. 3 is an excellent Gimlet (and Martini) gin and it definitely deserves a permanent spot in your homebar!