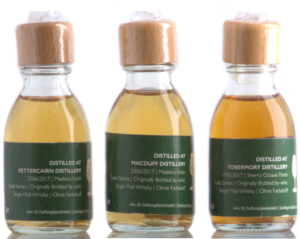 This time in the irregularly appearing news section: Three different independently bottled single malts. All three of them are unchillfiltered, no colour is added, they have been finished in fortified wine casks and bottled at cask strength. So, it sounds like they are more than interesting to try!

Independently bottled whisky can often be a bit of a little bit of a gamble. Often you do not really know what your spending your money on. While you know the distillery which distilled the whisky you do not know the quality of the cask or the conditions it was stored in. This is why distillery bottlings are more of a save bank. However, until know I only had good experiences with independently bottled whisky. Sometimes you get outstanding quality for a even smaller price tag. This is why I also was very excited about trying the Whic.de Sujet series!

The first one in the series, which strives to pair whisky art with actual art, is an ten-year-old Fettercairn from the eastern Highlands. After the initial ageing in American white oak barrels the whisky is finished in a Madeira Hogshead for more than eight months. Hogshead is an old measuring unit and equals 238,48 litres. 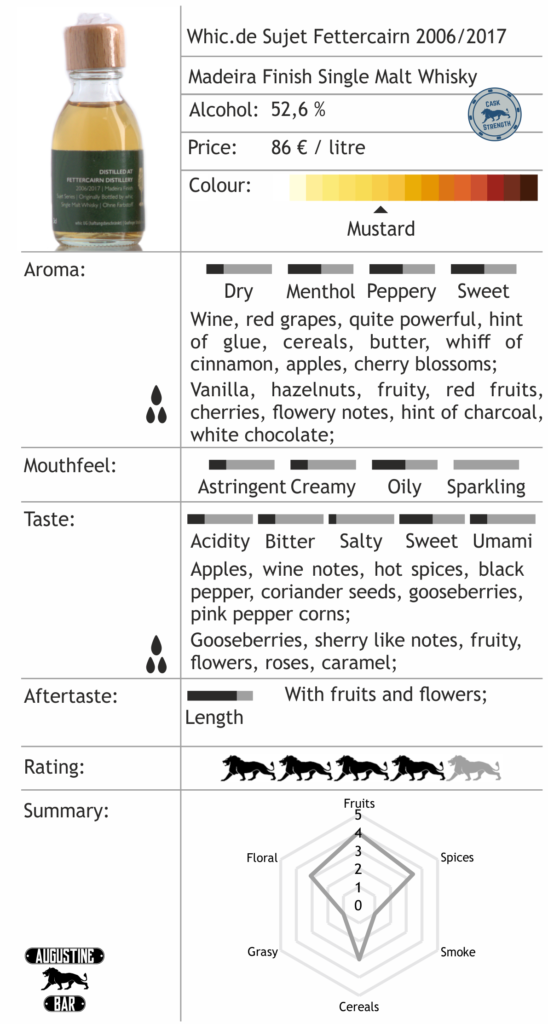 As expected the resulting single malt is pretty great! The astonishing thing about it is that the high alcohol content is not that noticeable. At the same time, the single malt is quite complex with multidimensional layers of apples and wine notes. It manages all of this while still remaining the individual distillery character, which is said to taste like nuts.

The second bottling of the Sujet series is also an ten-year-old single malt. However, this is bottled at the rather famous Macduff distillery. Like the Fettercairn, the Macduff is finished in a single Madeira cask for over eight months, too. 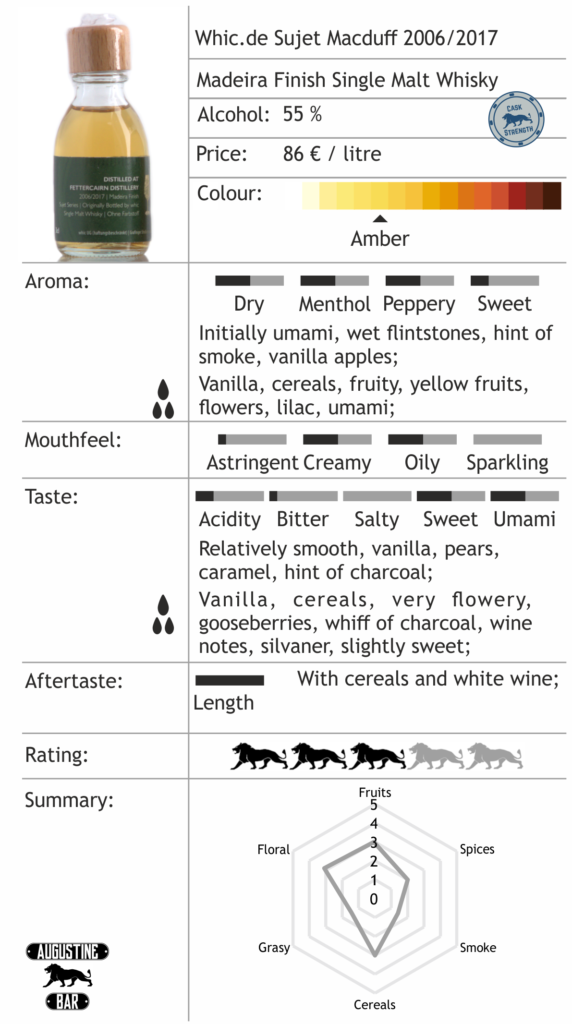 In contrast to the Fettercairn there are less fortified wine notes in this whisky. It is clearly a bit rougher and with a distinct umami note. However, there are also some great white wine notes that make the single malt seem fresher. Those notes also pair well with the mint flavour, which comes with the stronger ABV.

The third and last bottle of Sujet single malt is a twenty-one-year-old Tobermory distilled in 1996 and bottled 2017. Like the others it was finished for eight months in fortified wine barrels. However, for the finish Whic.de chose three small Sherry casks instead of Madeira barrels. 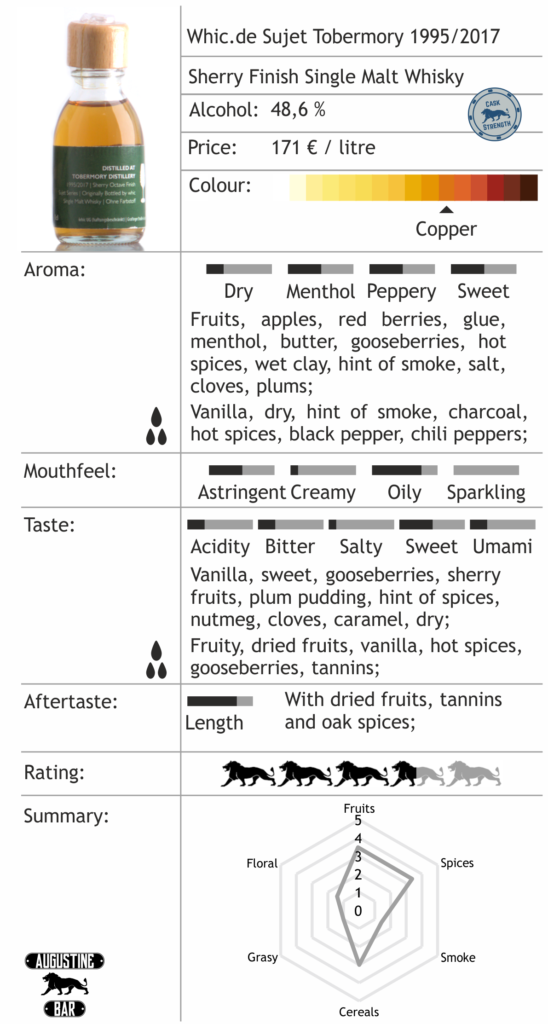 I am not a big fan of Tobermory, but nevertheless the 21-year-old Sujet bottling is quite good! You get complex glue and buttery notes typical for an older single malt. At the same time, the tannins of the barrels are noticeable, but not overwhelming. The only real drawback of this whisky might be its bigger price tag.

All in all, the three Whic.de Sujet whiskies are all excellent. However, for me personally the Fettercairn single malt is the one with the most harmonious general appearance. Fans of fortified wine casks whiskies are definitely doing the right thing when buying a bottle of this single malt!