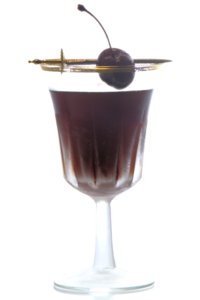 This is already the third spirit from the Eimverk distillery I am presenting to you! And I will be honest, I am very much in love with their products. They are unconventional and typically Icelandic. This means that if you are looking for a gin which complies to the standards you are completely wrong here. However, if you want something special and individual which sets itself apart from the others you should absolutely choose the VOR Gin! – Especially when it comes in a Navy Strength version!

One thing I do to keep the flood of new gins at bay is only being interested in the ones with an ABV of 43 % and higher. This means that the higher the alcohol content of a gin, the higher my interest is. When you apply this rule to the VOR Navy Strength Gin you probably can understand how excited I was about this special bottle! The gin itself is only made from nine botanicals which are all grown on Iceland. The list includes angelica root, birch leaves, creeping thyme, crowberries, Iceland moss, kale, juniper berries, rhubarb and sweet kelp. All of the botanicals are steeped in a barley spirit also produced from Icelandic grains and distilled on a pot-still in a small batch process. So far the production of the Navy Strength is the same as with the regular VOR Gin. However, after distillation the Navy Strength is only diluted to 57 % instead of 47 %. 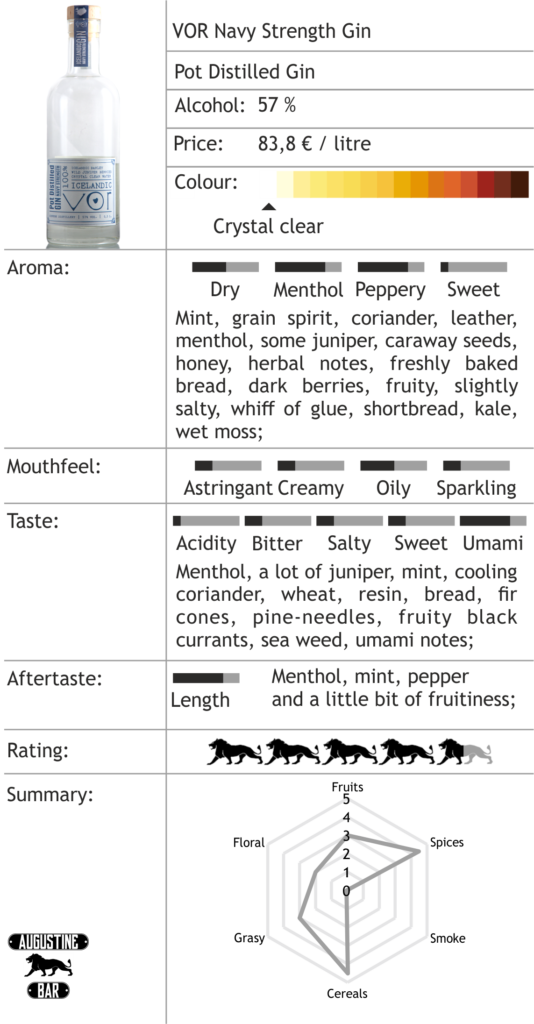 When you are already familiar with the VOR Gin’s unusual taste, it is easier to get accustomed to the VOR Navy Strength. As you might have guessed, its taste is even more powerful! However, I enjoyed it very much, not only because it is more intense, but also because the juniper notes are more pronounced than in the 47 % ABV version. And of course, you should know by now that I like my gins juniper-heavy. Yet, the gin has not only resinous and piney juniper, but also a strong barley spirit note which complements the fruity berry and rhubarb flavours very well. All in all, I guess that this made it straight to my top ten gin list! Yes, it is really that good!

When it comes to mixing with the VOR Gin things are not so easy as they may seem. Since it has a very unusual flavour profile the VOR Gin does not work well in classic gin cocktails, or at least the results are very different from what you would normally expect. Yet, I discovered that somehow it works with fortified wines and wine-like liqueurs. This is why I paired it with Amer Picon, which is a really nice combination. Also I consulted my Flavour Bible on what works well with mint, because it is a very prominent flavour in the VOR Navy Strength Gin. One suggestion was to add raspberries and so I did exactly that. However, I not only added raspberry syrup, but also a raspberry eau de vie from Austrian producer Hiebl. 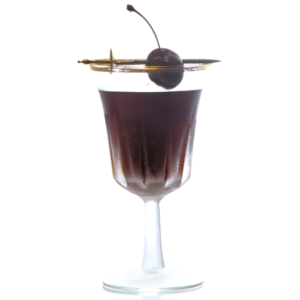 The drink starts of with a nice harmony of herbal and umami gin notes together with fruity and also herbal raspberry leave notes. After that, the Amer Picon lends the drink a hint of bitterness and delicate orange flavour which are supported by the sweetness and fruitiness of the syrup. Do not let the small amount of gin in the recipe fool you: The VOR Navy Strength still is the lead singer of the band and using more of it would only upset the balance of the cocktail. While this might not be a especially Christmassy cocktail, the dark and powerful flavours do very well work in Winter!