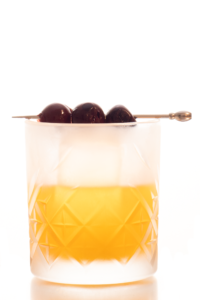 The next rum in the 2018 Plantation Single Cask Collection line-up is the Plantation Trinidad 2009. Its The origin alone arouses my interest, paired with an age of nine years, I am very keen on trying this special rum. Furthermore, I also have another Old-Fashioned variation in stall for you, that is packed with different orange flavours.

The last Plantation Trinidad Rum I tried was amongst the best rums I ever been able to taste. This obviously means that the Trinidad 2009 has a tough act to follow. Nevertheless, its facts sound very promising: The molasses was fermented for three days before the distillation on  a column still. Afterwards, the ageing took place in used bourbon barrels for seven years in Trinidad and successively for a year in a 350 l Ferrand Cognac cask and a Pineau des Charentes Blanc barrel. The rum was then bottled at 42,4 % ABV with a dosage of 16 g per litre, 75 g / hl AA esters and 298 g / hl AA volatile compounds. 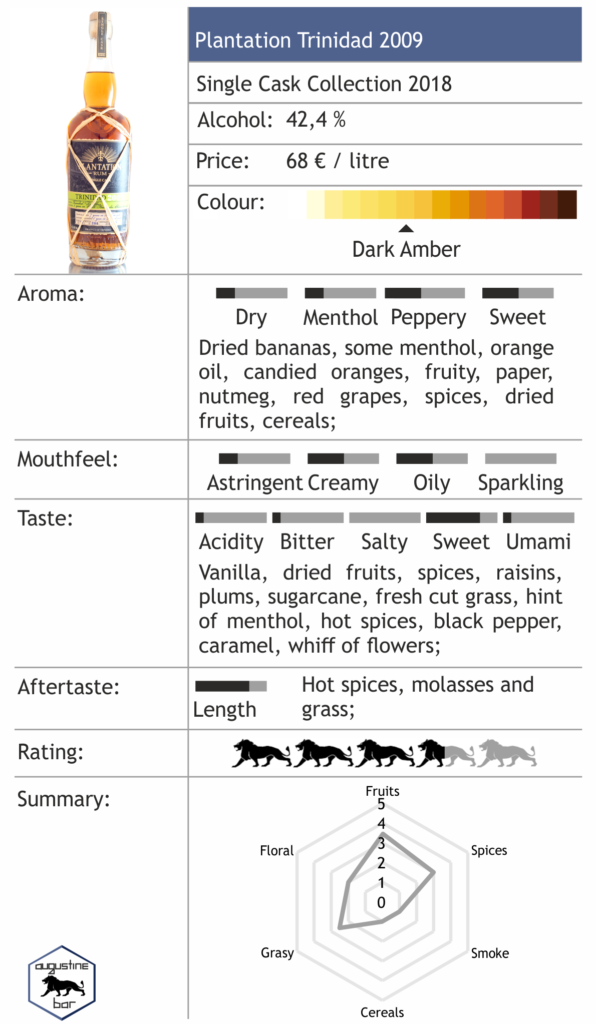 First the good news, the Trinidad 2009 has a similar flavour profile to its predecessor the Trinidad 2000. It also scores high in the fruit and spice department. Especially the aroma is a nice bouquet of oranges and dried fruits. However, the 16 Year Old rum, scores noticeable higher. This is due to its excessive amount of spice flavour, which clearly comes from the longer ageing period. Nevertheless, the new Plantation Trinidad Rum has more lighter and fresher notes, which make it more suitable for warmer days. On top of that, when mixing drinks, the flavour profile of the Trinidad 2009 almost longs for being mixed in an Old-Fashioned. So, this is what I have done – sort of…

Of course, you could argue that when using marmalade as a sweetener and adding rose water you strayed far from the path what is supposed to be an Old-Fashioned. Yet, when the result is as delicious as the “Rounder” cocktail, I really do not care. – At least the inspiration for that drink came from the original Old-Fashioned. On top of the already mentioned changes, I also substituted the Angostura Bitters for Peychaud’s, because they seemed to go better with the other ingredients. Last but not least, a few words on the weird name for this cocktail: I wanted to get in a reference to oranges. However, the only song I managed to come up with was the song “Rounder” by Mandolin Orange. Also a bit farfetched, but I guess this also suits the inspiration for this drink. 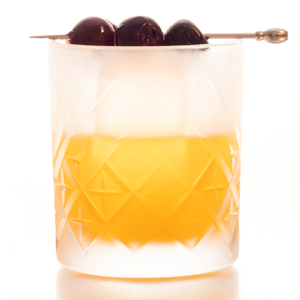 The first noticeable thing about the “Rounder” cocktail, is its floral and fruity aroma. The rose water works very well with the fruity and floral notes of the rum. In addition, the orange marmalade not only accentuates the fruity elements of the cocktail, but also the bitter components. Even the Peychaud’s Bitters with their slightly anise-like flavour go very well with the rest of the recipe. Compared to last week’s “Scroll Call” drink, this cocktail is more suitable for warmer days in the year.