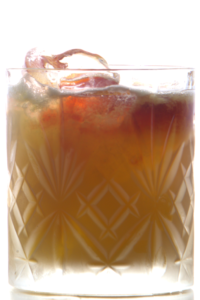 After diving into rye whiskies some weeks ago, it is time to take a closer look at some other American whiskeys as well! In this case, it is all about an unconventional and therefore rather special whiskey. The Dry Fly Port Barrel Wheat Whisky is finished in huckleberry wine barrels. This is why, it is not allowed to call itself “Straight Wheat Whiskey” I am always curious to see what a fortified wine finish can bring to the mix!

The Dry Fly Distillery is located in Spokane, Washington and they use grains from farms located within 30 miles of the distillery. Besides the wheat whiskey being distilled from 100 % Washington wheat the Dry Fly Distillery received some rewards in the past years. On top of that, the wheat whiskey is aged in 53 gallon barrels from the Independent Stave Company  and the huckleberry wine barrels for the six month finish come from the Townshend Cellar Winery. Of course, if the whiskey was produced here in Europe it would not be allowed to call itself “Port Barrel” if the casks held something other than real port wine. However, the US take a more liberal approach when it comes to trademarked product names. 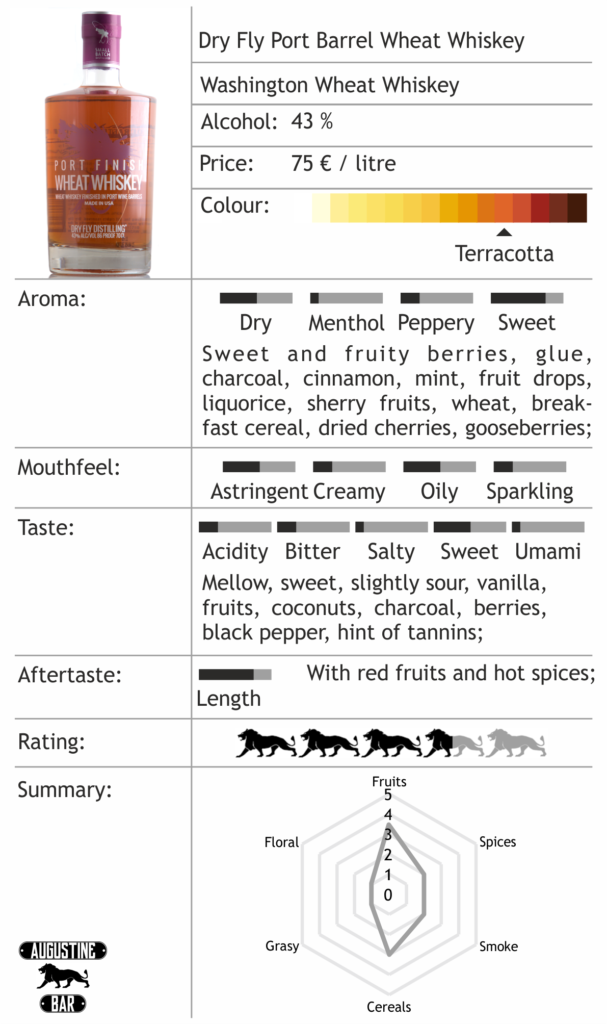 The Dry Fly Port Barrel Wheat Whiskey manages to combine the smoothness of a wheat whiskey with typical flavours from fortified wine finished single malts. While, the whiskey itself certainly will become more complex with further aging, the huckleberry wine casks mellow out the rough edges and add to the complexity of the sip. When taking in the flavour of the whiskey all sorts of berries are noticeable and result in a melange of red berries in the mouth. Moreover, the aftertaste is rather long for a relatively young whiskey.

The first starting point for the recipe with the Dry Fly Whiskey was the famous Fish House Punch. However, I quite heavily modified it to incorporate a homemade rhubarb and vanilla jam and plum eau de vie. On top of that, since port goes very well with rhubarb, I decided to use a port wine float, too. To account for the slightly lower sweetness of the jam, it is also necessary to add a little bit of simple syrup for balancing out the sweet and sour mix. 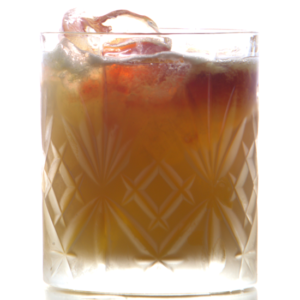 The finished drink starts of with a nice fruity combination of peaches, plums, rhubarb and red berries. Afterwards the whiskey and the sour citrus juice become more prominent, but the drink is quite balanced. You could go almost as far as to call it refreshing. While the House & Farm, of course is not your typical easy summer sipper, it also can be enjoyed when the temperatures outside are higher. For the colder months of the year, the incorporation of a fresh egg white also seems like a good idea!